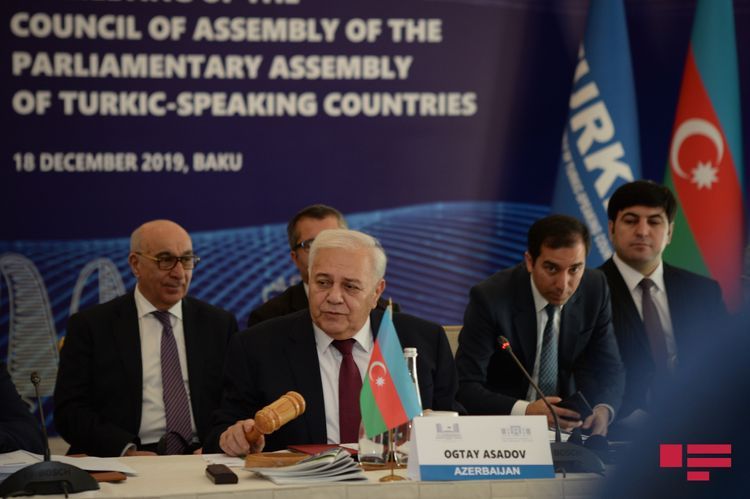 “I want to state that I take the chairmanship of TurkPA with pride. You can be sure that the Azerbaijani side will try to take all necessary measures to achieve the goals of TurkPA,” said Ogtay Asadov, Speaker of the Azerbaijani Parliament, at the meeting of the Parliamentary Assembly of Turkic Speaking Countries (TurkPA) held in Baku.

O. Asadov said during the period of over 10 years of functioning of the organization, the major events of TurkPA were being held in Baku for the third time already: “I hope that the discussions that will be conducted today will be held in the environment of understanding and brotherhood”.

O. Asadov has also expressed his gratitude to the Turkish parliament, particularly to Speaker of the Grand National Assembly of Turkey Mustafa Sentop for productive activity during the chairmanship of TurkPA.