President Ilham Aliyev: "Azerbaijan liberated large part of its territory which was under occupation for almost 30 years" 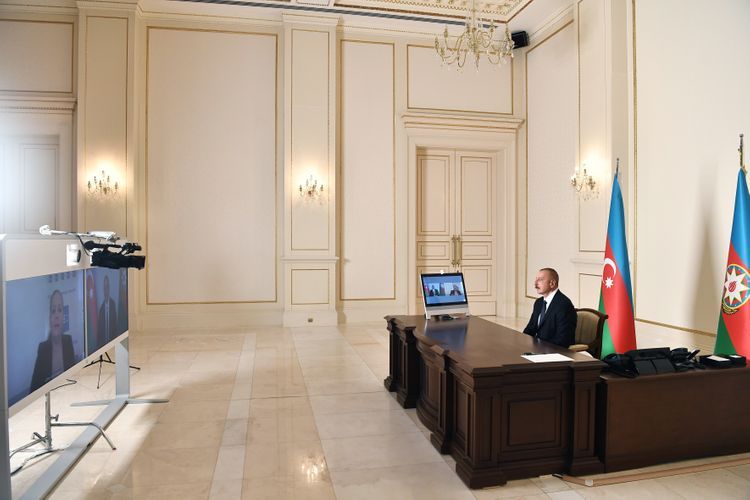 "Situation on the frontline is showing the dominance of Azerbaijani army, we liberate one village in one city after another. And during this time on the battlefield Azerbaijan liberated large part of its territory which was under occupation for almost thirty years, and successful offensive operation of the Azerbaijani army continues," said President of the Republic of Azerbaijan Ilham Aliyev on November 4 in an interview with Spanish EFE news agency, APA reports.

"And this once again shows that we are a strong country, and we are fighting on our own soil. We restore the internationally recognized territory of Azerbaijan, territorial integrity of Azerbaijan. By the way, we implement the United Nations Security Council resolutions, which demanded withdrawal of Armenian troops from our territories but were not implemented by Armenia for almost thirty years," the head of the state noted.