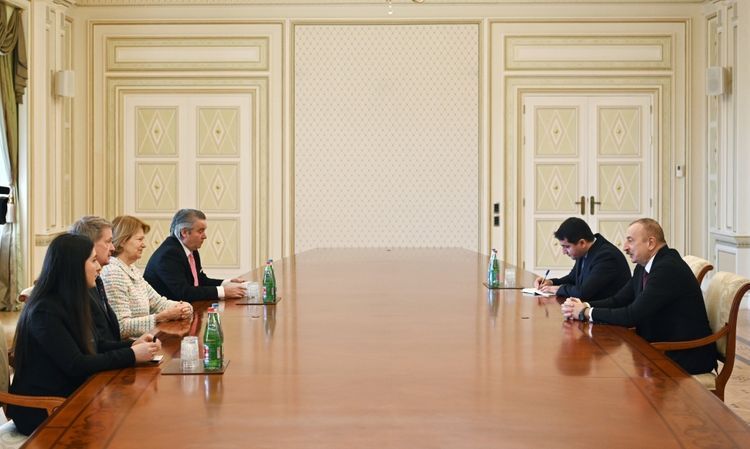 Baroness Emma Nicholson presented President Ilham Aliyev with a keepsake sent by Wales national football team which will take part in the European Football Championship to be held in Baku this year.

- Thank you for the very interesting keepsakes. I would like to express my gratitude to you for participating in a regular ministerial meeting as part of the Advisory Council of the Southern Gas Corridor. Your personal involvement is very important. It demonstrates continued support of the UK government for the implementation of this project. It also testifies to many years of partnership between our countries. I would like to inform you that since our last meeting, significant progress has been achieved in the implementation of the project. We brought TAP to the Turkish-Greek border. This was an important stage in the implementation of the Southern Gas Corridor. I think and hope that when we meet in Baku again in February next year, we will report on the completion of the project and outline further steps. Because I think that the completion of the construction will, of course, be an important milestone. At the same time, it will open up new opportunities.

I also want to thank you for your personal contribution. I am glad that a number of large companies of the oil and gas sector are entering a very important stage of cooperation with small and medium-sized enterprises. And this is a priority for our government because we want to ensure sustainable development for Azerbaijan, and the future of our economy will largely depend on entrepreneurship, the activities of small and medium-sized enterprises and the continuation of reforms. Therefore, the oil and gas sector will be the only sector that will underpin our reforms with the necessary resources, and we will continue to channel these resources into human capital, as well as support the private sector. Welcome again!

UK Prime Minister's Trade Envoy to Azerbaijan Baroness Emma Nicholson emphasized the importance of the sixth ministerial meeting to be held in Baku as part of the Advisory Council of the Southern Gas Corridor.

The sides noted the successful development of relations between Azerbaijan and the United Kingdom in various fields, including the energy sector, emphasized the special role of BP in the development of ties in this direction and expressed confidence in the further expansion of cooperation.

During the meeting, the parties also noted that the reforms carried out in Azerbaijan created new opportunities for cooperation between the two countries.

The sides exchanged views on cooperation in small and medium entrepreneurship, alternative energy, innovations, education, healthcare, culture and other fields. 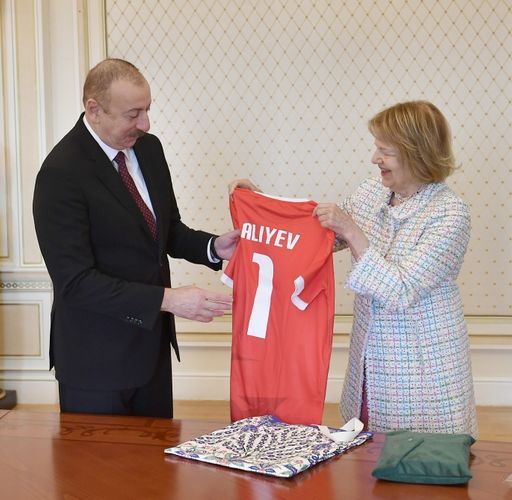