President Ilham Aliyev: "One of the issues negatively affecting Azerbaijani-Greek cooperation is related to “DESFA”" 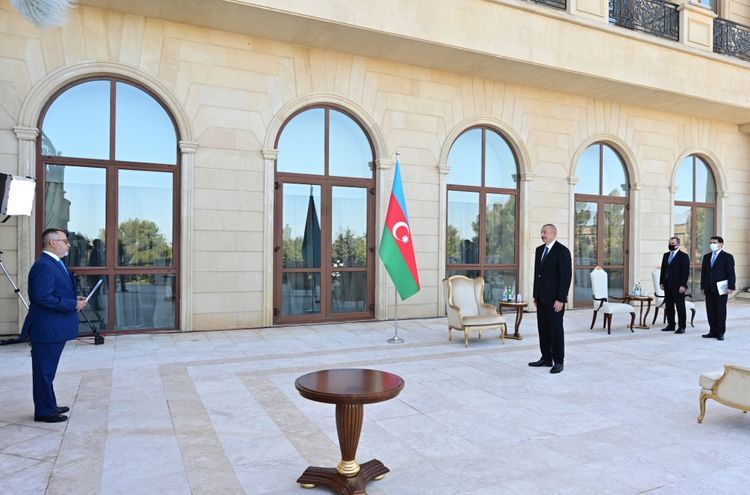 “I believe there have been several issues that negatively affected our cooperation. One of them is related to the Greek gas company “DESFA”. I can say that our energy company SOCAR joined the bidding for the purchase of “DESFA” at the request of the Greek government. The former Prime Minister of Greece, Mr. Samaras, personally asked me for SOCAR to participate in the tender. As a result of an open tender, SOCAR made the best offer and won the right to own “DESFA”. This was also important in terms of our plans to build the Southern Gas Corridor. That was about six years ago. At that time, of course, we were simply planning to build a connection between Azerbaijan and Europe, and we thought that if Azerbaijan was to supply gas to Greece, it would be good to have a company that distributes this gas. In any case, we made an advance payment of 40 million euros, which is 10 percent of the price, and for four years – from 2014 to 2018 – the money was at the disposal of the Greek government. Unfortunately, the previous government of Greece did everything to deprive SOCAR of this right,” said President of the Republic of Azerbaijan Ilham Aliyev while accepting credentials of the newly-appointed Ambassador Extraordinary and Plenipotentiary of Greece Nikolaos Piperigos, APA reports citing the Presidential press service.

“I would like to reiterate that we originally obtained this legitimate right at the suggestion of the Greek prime minister, in an open and competitive tender, but were deprived of this legitimate right for political reasons due to the negative attitude of the previous government of Greece towards Azerbaijan. This certainly had a serious negative impact on our already low-level relations. Frankly, we then decided that if the government of Greece was treating us like that, we would have to think about how we would respond. Our response was to do virtually nothing. We did not make any demarche. We did not take any diplomatic steps.”

“So this was a very disappointing issue and, of course, I think it had a serious impact on our relations. But, let me say again that this wasn’t done on the initiative of Azerbaijan. Azerbaijan has always supported the development of relations. In fact, you certainly know that TAP was not the only option for the transportation of Azerbaijani gas. There were several options for the transportation of Azerbaijani gas to Turkey. It could have been in a different direction. However, the choice of TAP was also a decision made by investors, foreign oil companies and Azerbaijan. In other words, for our part, we made a positive gesture to Greece. But after the previous government came to power – I want to emphasize this because before the former Syriza government came to power, we had very good relations with the governments of Greece.”