President Ilham Aliyev: Statements by the Minsk Group are not directly aimed at anyone 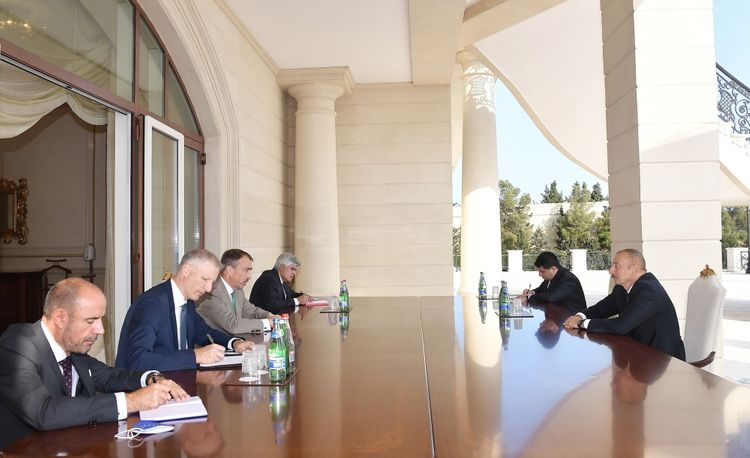 “It is beyond doubt that the decision to hold the swearing-in ceremony for the so-called leader of the criminal junta in Shusha, an ancient historical city of Azerbaijan, was another deliberate act of provocation,” said President Ilham Aliyev as he received EU Special Representative for the South Caucasus Toivo Klaar, APA reports.

The head of state said that Azerbaijan had already raised the issue of illegal settlement of Armenians in the occupied territories of Azerbaijan with many international organizations. “This is a flagrant violation of international law. This is a violation of the Geneva Convention and it is a crime. They are moving Armenians from Lebanon to Shusha and other occupied territories. They demonstrate it, they show it on TV and on the Internet. As a matter of fact, they completely ignore the norms of international law and commit crimes. The reason they are able to do this is that there is no-one to stop them. The Minsk Group co-chairs do not stop them. The statements by the Minsk Group are not directly aimed at anyone.”