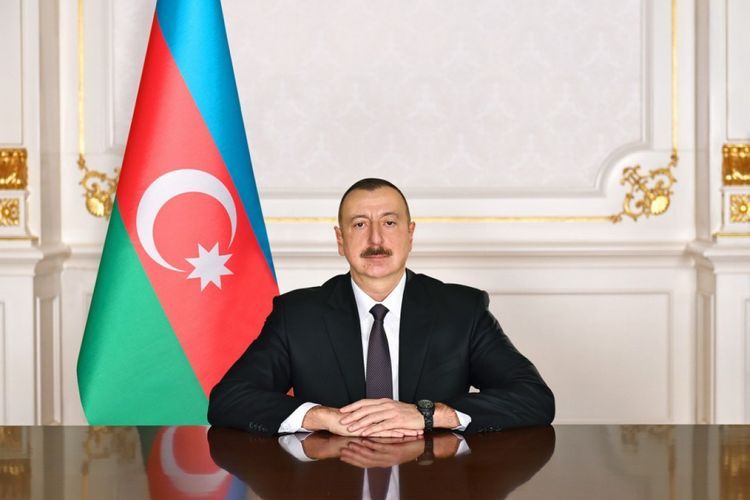 I want to express my gratitude for your invitation to attend the second Baku Summit of World Religious Leaders as well as the celebration of the 70th birthday and 40th anniversary of Sheikh-ul-Islam of His Virtue Allahshukur Pashazadeh.

This very important international meeting, with the presence of the most prominent religious leaders of many countries, has been a success of organization and has allowed dialogue and closer ties between representatives of different religions who love peace and harmony among peoples.

Likewise, during these days in a city as architecturally beautiful as Baku, the pride of Azerbaijan, we have been able to appreciate the hospitality and cordiality of the Azeri people and their Authorities.

I reiterate my thanks, Mr. President, and I congratulate you because Azerbaijan is an example of a multicultural nation, tolerance and good relations in the context of the International Community.

Summits such as the one brilliantly held in Baku, should have continuity in the future because they favor Inter religious dialogue, mutual knowledge and peaceful coexistence between peoples.

Thank you and my most cordial congratulations."

The Supreme Council of Kenya Muslims sends its complements to your Excellency and prays to Allah, Subhanahu wa Ta’ala, to grant you good health. I write on behalf of religious leaders of all faiths, the Muslim fraternity across the continent of Africa and myself to thank you and the people of the Republic of Azerbaijan for hosting us during the 2nd Baku Summit of World Religious Leaders.

Excellency, we have no enough words to express our Shukran for the love and warmth expressed to us as leaders of all religious faith throughout our stay in the Republic of Azerbaijan. We want to thank you most sincerely for your commitment and leadership in your bold efforts in the promotion of international cooperation and strengthening of inter-civilization and interfaith relations throughout the world. This is, indeed, true global leadership in the promotion of respect and tolerance among peoples of various religious faiths for we are all children of the Almighty Allah.

The exemplary role of the Azerbaijani people, under your leadership, in the promotion of multiculturalism, tolerance, interfaith solidarity and hospitality is anchored deep in our hearts. We left Baku deeply touched by the warm love of the people of Azerbaijan; a people who are proud of their history, heritage, culture, religious tolerance, and visionary leadership under your blessed hands.

We are proud of the leadership of Sheikh-ul-Islam Allahshukur Pashazade, Chairman of the Caucasus Muslims’ Board & Secretary General of Baku International Center for Interfaith & Inter-Civilization Cooperation for his visionary leadership in the promotion of dialogue and understanding among peoples of the various religious faiths. We were able to dialogue, embrace each other and build lasting bonds of friendship and brotherhood during our wonderful stay in Baku.

Excellency, please accept our deep appreciation and love for the warm reception, your personal attention and the love shown to us by the Azerbaijani people.

We pray to Allah, Subhanahu wa Ta’ala, to reward you abundantly for your leadership, simplicity, and in the promotion of global peace through your efforts in promoting human dignity among peoples of religious faith and persuasion."

"His Excellency Mr Ilham Aliyev, President of the Republic of Azerbaijan

Thank you for taking the time to engage with us in the second Baku Summit of World Religious Leaders held on November 14-15, 2019, in Baku, Azerbaijan. It was a wonderful summit experience I have ever involved. The two-day meeting presented many inspirations and meanings for me as one of the participants who was treated so well by the host. Baku is a very beautiful city that will never be forgotten in my mind.

I really appreciated with the theme concerning diversity across the world. I personally hope Indonesia could represent the meaning of the diversity. The theme strongly reflects our situation and condition who stay and live in Indonesia. Diversity is sunnatullah which actually brings a lot of grace to the world community. As religious leaders in our community, it is certainly our obligation to always be a conditioning for the people. Hopefully with this initiative, Indonesia and Azerbaijan can complement each other.

Central Board of Fatayat Nahdlatul Ulama really hopes to collaborate with Muslim women around the world. We are the largest organization of young Muslim women in Indonesia, even the world, which carries a great mission to fight for the basic rights of women, and also develops and disseminates Islam rahmatan lil alamin throughout the archipelago.

The pleasant and sustainable cooperation in the future between the two countries is hoped to continue to be well and intensively established.

Once again, thank you for the service and respect the President has given to me."