Turkish Ambassador: “We will overcome all difficulties with motto of “Two states, one nation”” 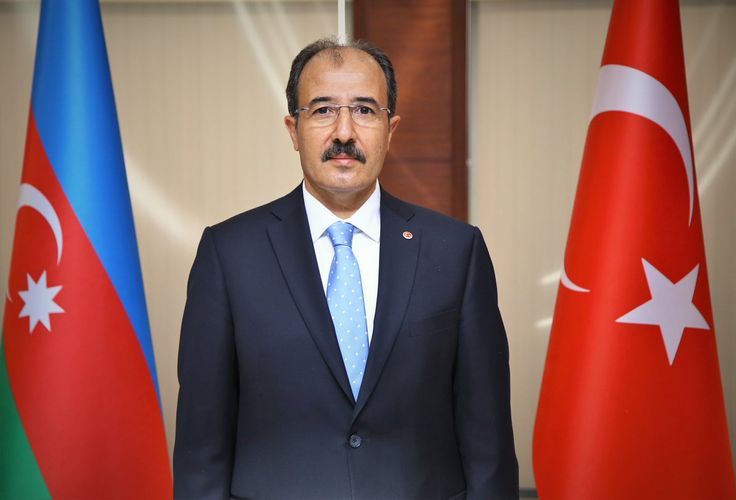 “We witness an exclusive brotherhood between Turkey and Azerbaijan, which does not have an analog in the world and it has a place in hearts. No doubt, the brotherhood gets its root from joint history and culture,” reflected in the address of Turkey’s newly-appointed Ambassador to Azerbaijan Cahit Bagci, APA reports.

“Founders of two states –national leader Mustafa Kamal Ataturk’s “Azerbaijan’s joy is our joy, sorrow is our sorrow” words and national leader Heydar Aliyev’s concept of “One nation, two states” make up the basis of the brotherhood ties, at the same time, statements of our President Recep Tayyip Erdogan and Azerbaijani President Mr. Ilham Aliyev “Our strength is in our unity, our unity is in our strength” is an oath to improve and protect this brotherhood and bilateral relations. As it is known, about 30 years of bloody occupation of Karabakh by Armenians, which is an ancient Azerbaijani territory has ended with the glorious Victory at the end of the 44 days Patriotic war. This victory made our citizens in Turkey as happy as the people of Azerbaijan. Turkey has never left Azerbaijan alone by fulfilling the duty of brotherhood in the Patriotic war. Turkey has stood by its brother from the beginning to the end of the war and provide every kind of support. On behalf of the Turkish people, I call on all Azerbaijanis in Azerbaijan and around the world: May your victory be blessed and lasting! We ask mercy from God to the martyrs of the Patriotic War, extend our condolences to their families, comrades-in-arms, those who love them and the people of Azerbaijan, and wish them patience. May their souls rejoice, may their places be paradise! We believe that Khari-bulbul will bloom for our martyrs in Karabakh every spring and the pearl of the Caucasus will carry their scent from Karabakh to the whole Turkic world. As our President Recep Tayyip Erdogan said, “Turkey has today stand by its Azerbaijani brothers with its all opportunities, as it stood yesterday and will continue. No power can shake Turkey-Azerbaijan unity. Hand in hand, shoulder to shoulder, overcoming all difficulties with the slogan “two states, one nation” we will develop our countries, will take it further and strengthen,” the ambassador stressed.