Turkish Ambassador: “Turkey and Azerbaijan are stronger together against those who oppose us” 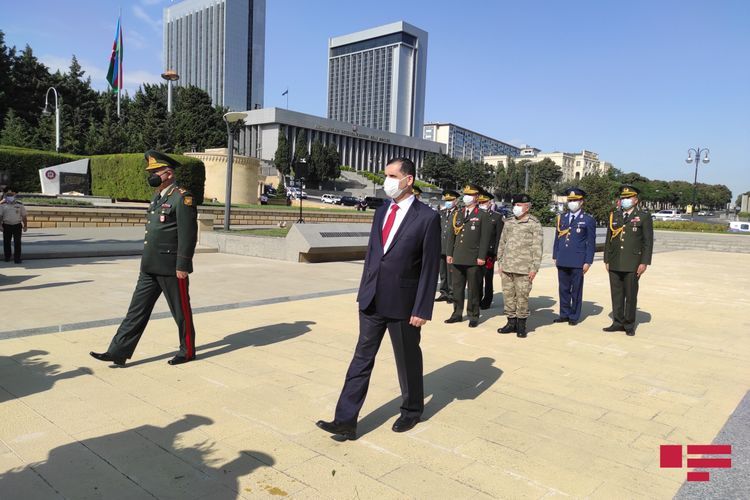 “I congratulate all Azerbaijan, Turkey and the entire Turkish nation on the 102nd anniversary of the liberation of Baku from Armenian-Bolshevik occupation by the Caucasian Islamic Army led by Nuru Pasha and the Azerbaijani Corps,” Turkish Ambassador to Azerbaijan Erkan Ozoral told reporters, APA reports.

Turkish ambassador noted that at a time when Azerbaijan and the Anadolu Turks wanted to be erased from the earth, the Ottoman state withdrew its best soldiers from various fronts and sent them to Azerbaijan: “This is a great historical event in terms of our brotherhood. The Ottomans sent an army thinking of the existence of the Azerbaijani Turks as much as they thought of their own existence. Today, if the two states live independently and as brothers, if we can say "one nation, two states", we owe it to the Caucasus Islamic Army, for the liberation of Baku from occupation.”

E. Ozoral also added that today we are stronger together in the same way as Turkey and Azerbaijan we empower each other against those who oppose us: “Turkey with Azerbaijan is always one nation and two states and brothers.”