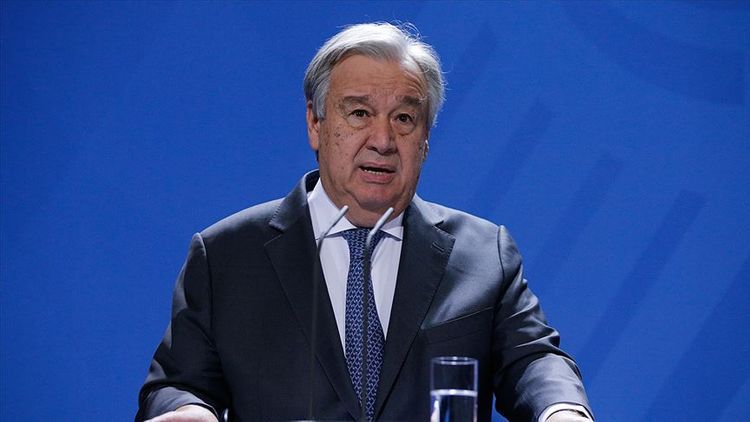 General secretary of the United Nations Organization (UN) Antonio Guterres has made an appeal regarding global ceasefire, APA reports.

General secretary A. Guterres said this during his speech on the second day of the 75th session of the UN General Assembly.

“As soon as the pandemic started I made an appeal to all countries regarding the global ceasefire. In order to give new impetus to the realization of this appeal by the international community by the end of the year, today, I make an appeal once again. We have precisely 100 days. There is the only winner of the conflicts during the period of the pandemic: it is the virus itself”, the General secretary said.

He emphasized that his appeal for global peace in March was supported by 180 countries, as well as religious leaders, regional partners, and civil society representatives: "Even military groups in Cameroon, Colombia, the Philippines, and other countries have responded to the appeal. This is a reason for hope. It is high time for a new collective effort to achieve peace. I call on for intensive international efforts under the leadership of the Security Council to achieve a global ceasefire by the end of this year. We have 100 days. Time does not stop. The world needs a global cease-fire to stop all `hot' conflicts."