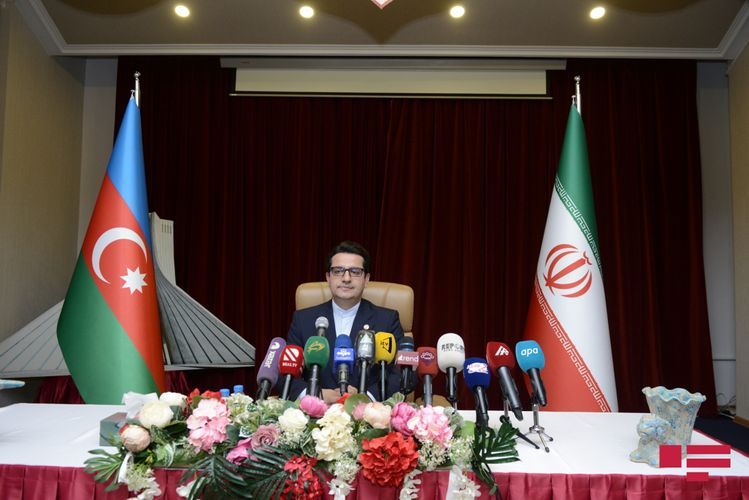 "An extensive video conference will be held with the participation of the Presidents of Azerbaijan and Iran," said Iranian Ambassador to Azerbaijan Seyyed Abbas Mousavi at a press conference, APA reports.

“Close relations between our countries is the will of heads of both countries. There is a great potential for economic cooperation and I am sure that we can get benefit from the potential much more. We have nearly 30 projects on economic cooperation. We want to realize 14 of these projects this year. It covers transport, energy, agriculture, and medical fields. By implementing these projects, the economies of the two countries will be drawn even closer to each other. The discussions took place between the two countries regarding trade agreement. Yesterday, the officials of the two countries also held discussions about sea transport. And the discussions between energy ministers took place last week. These meetings serve for the purpose of preparation for the conference with a large number of participants involving presidents of the two countries," said Mr. Ambassador.