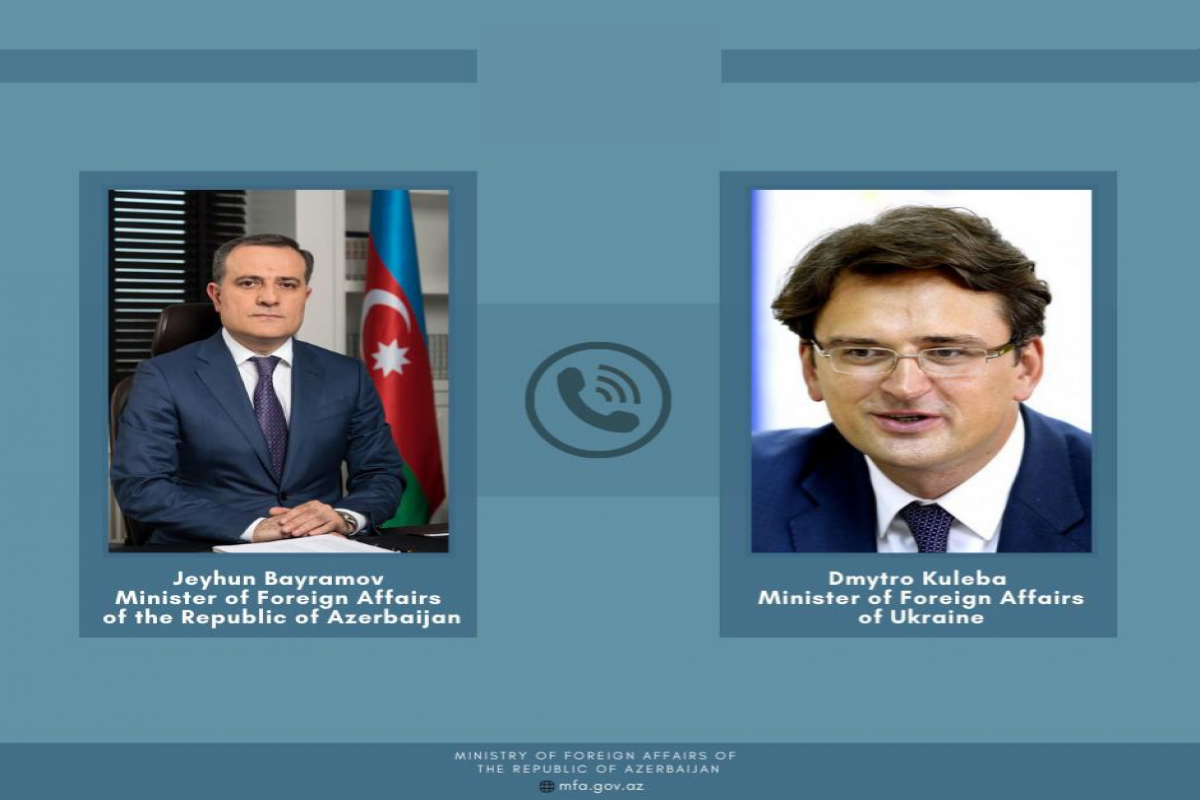 On May 27, a phone conversation has been held between Ukrainian Foreign Minister Dmitry Kuleba and the foreign minister of the Republic of Azerbaijan Jeyhun Bayramov on the initiative of the Ukrainian minister, the press service of the Ministry of Foreign Affairs told APA.

Minister Dmitry Kuleba has congratulated his Azerbaijani counterpart on the occasion of the Republic Day-28 May and delivered his sincere and pleasant wishes.

The ministers have exchanged their views around the current situation in the region.

Minister Jeyhun Bayramov gave information to the Ukrainian foreign minister about the new situation created in the region after the conflict, implementation of the trilateral agreements, as well as the recent tensions in the border territory and provocations of the Armenian side.

The sides have also discussed the different aspects of the bilateral cooperation agenda.