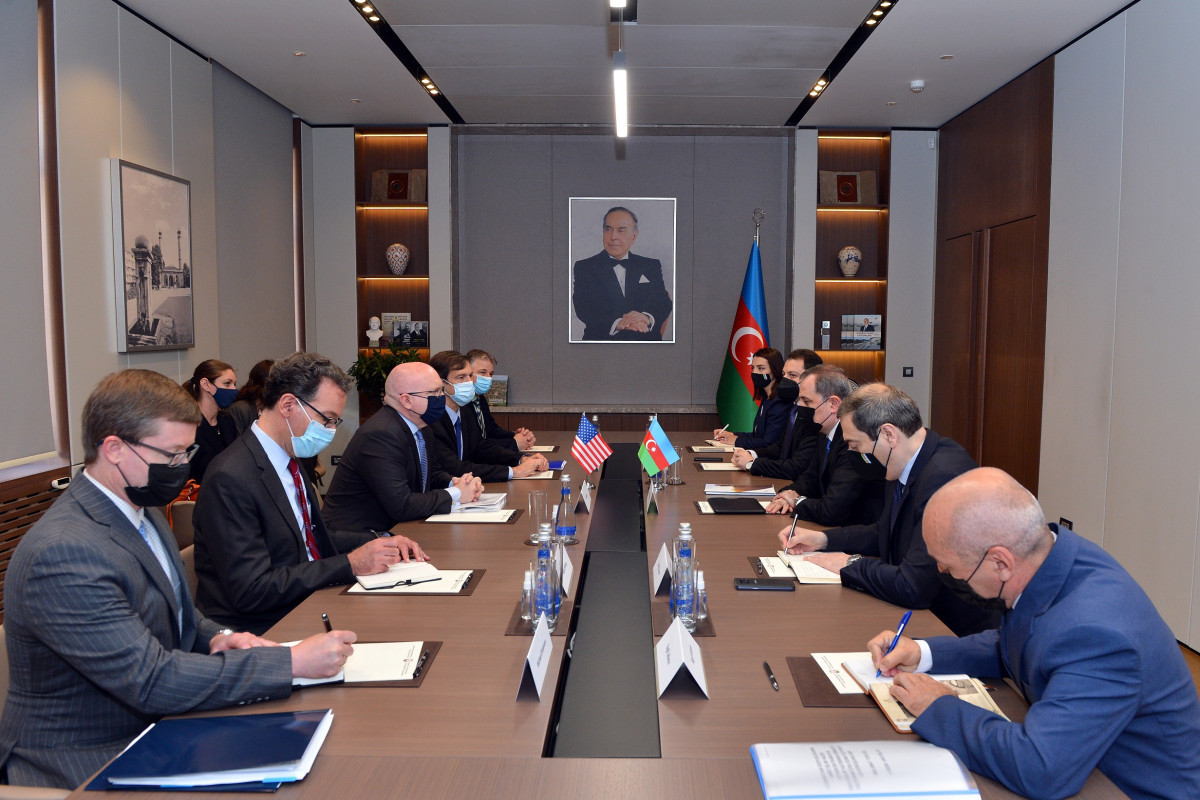 On June 9, 2021, Foreign Minister Jeyhun Bayramov met with US Acting Assistant Secretary of State for European and Eurasian Affairs Philip Reeker who is on a visit to Azerbaijan, Azerbaijani Foreign Ministry told APA.

Welcoming his interlocutor, Minister Jeyhun Bayramov stressed the strategic nature of partnership relations between Azerbaijan and the United States, and noted positive impact of mutual visits to the development of these relations.

US official Philip Reeker noted that Azerbaijan is a strong partner country and stressed that United States attaches great importance to the bilateral relations. He recalled with satisfaction telephone conversation with the President of the Republic of Azerbaijan. Ph.Riker expressed US regional interests and desire to be helpful in addressing the existing challenges in the region. US official praised the agreement reached between Azerbaijan and Armenia on the cessation of hostilities, and expressed concern over the recent developments in the region, including the tensions at the border. He also expressed regret over the recent death of two journalists and an official as a result of a landmine explosion. Ph.Riker stressed the desire of the United States to help to resolve existing tensions and referred to the efforts as co-chair of the OSCE Minsk Group.

Minister Jeyhun Bayramov informed his interlocutor about post-conflict situation in the region, non-interest of Azerbaijan in aggravating the situation and steps taken by Azerbaijan related to the implementation of the trilateral statement, as well as Armenia's irresponsible behavior, refusal to share information on mine maps and sending saboteurs to plant mines in the territory of Azerbaijan.

The sides also discussed various aspects of the bilateral cooperation agenda, as well as cooperation in the fields of energy and security.

Other issues of mutual interest were also discussed at the meeting.