Azerbaijani FM: “Zangazur corridor will connect Nakhchivan with Azerbaijan, which has been under siege for 30 years” 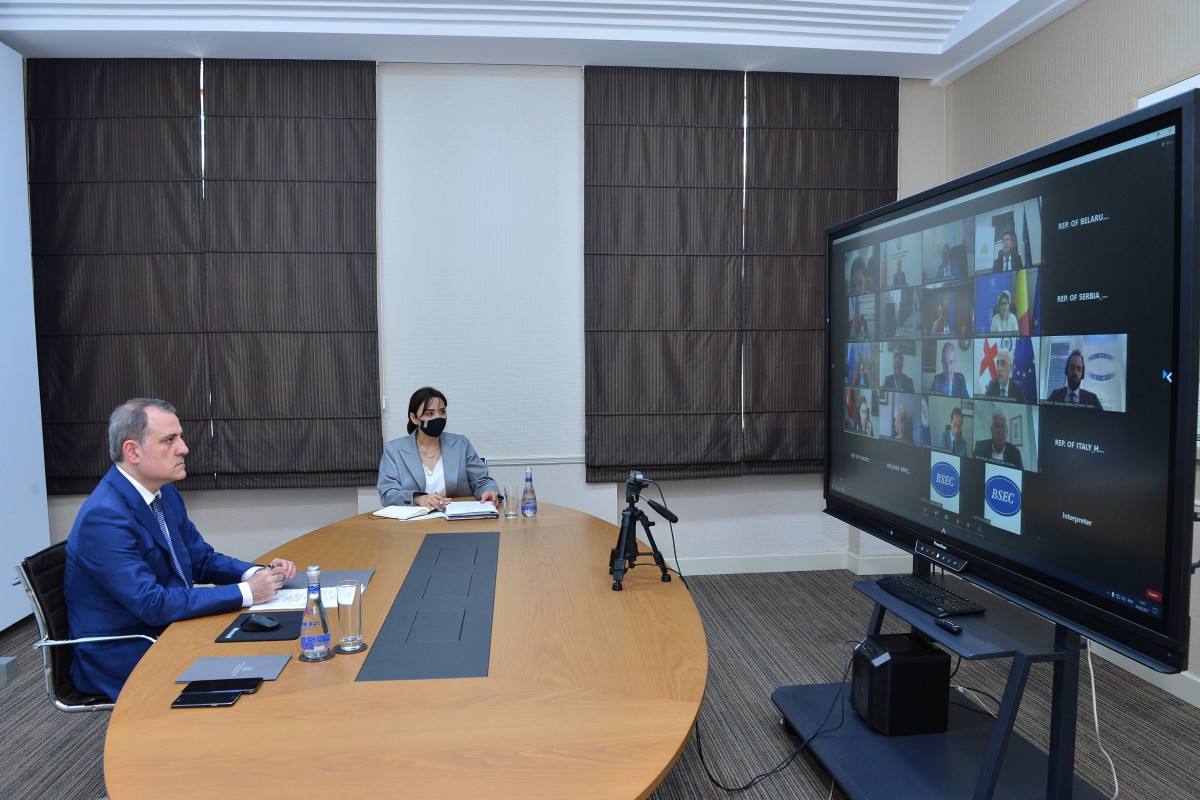 “In accordance with the statement, with the end of armed confrontation, Azerbaijan has entered restoration, reconstruction, and reintegration stage. In the post-conflict period continuation of peace, restore and reconstruction activities and return of IDPs is an absolute priority for Azerbaijan, said Azerbaijani Foreign Minister Jeyhun Bayramov in his speech at the 43rd meeting of member states to Black Sea Economic Cooperation Organization, Azerbaijani MFA told APA.

The minister said that the government has begun to take practical steps to eliminate the consequences of decades of occupation, accompanied by mass destruction of territories: “In reconstruction process along with the concepts “green energy”, smart city and smart village, circular economy, art technologies will also be applied. We appreciate the interest of partner countries to support our efforts through investments and technical cooperation.”

The head of MFA noted that the solution of the conflict also opens new perspectives for regional cooperation, development and progress: “Joint declaration dated November 10 completed with Azerbaijan-Russia-Armenia trilateral declaration dated January 11, 2021 which envisages opening of communications in the region. Implementation of these declarations will significantly change the important part of the BSEC region- the landscape of the South Caucasus. The Zangazur corridor, a new link between Azerbaijan and Turkey, will serve the existing trade and transport links, in addition to connecting Nakhchivan exclave, which has been under siege for about thirty years.”