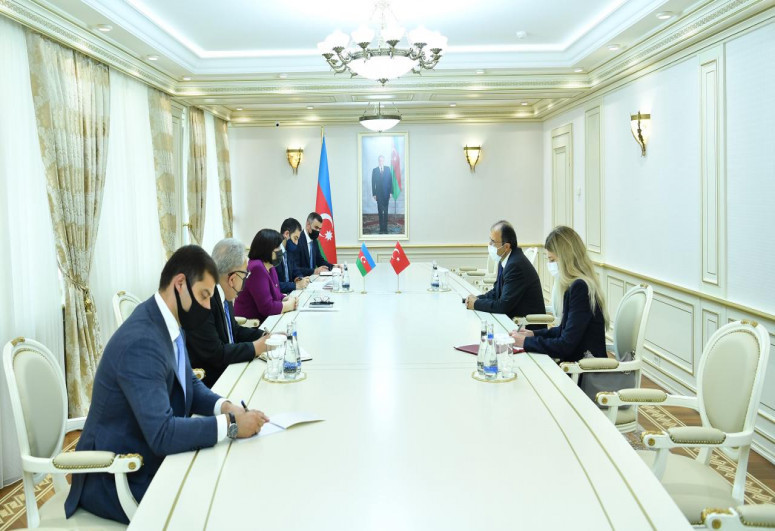 Chair of the Milli Majlis Sahiba Gafarova met with the inbound ambassador of the Turkish Republic to Azerbaijan Cahit Bağçı and congratulated him on the start of his work on 24 May,  Press and Public Relations Department of the Milli Majlis told APA.

Whilst talking about the interaction between the legislatures of Turkey and Azerbaijan then, Speaker Sahiba Gafarova recalled the large friendship groups active in both. She pointed out that the regular interaction of the two sides’ MPs at various venues mattered in that it enabled them to discuss the points of interest to both sides.

The newly-arrived ambassador of Turkey to Azerbaijan Cahit Bağçı said his thanks for the cordial reception and passed on to the Chair of the Milli Majlis the sincere regards from Chairman of the Great National Assembly of Turkey Mustafa Şentop. Mr Bağçı said that the Turkish-Azerbaijani relations are progressing in every area and the two fraternal countries stood for each other in every matter. He added that he considered it an honour as well as a great kind of responsibility to serve in the brotherly Azerbaijan. Mr Bağçı promised to spare no effort to deepen the mutual relations further in the course of his diplomatic mission in Baku.

The Chair of the Milli Majlis wished Mr Bağçı success in his diplomatic efforts.