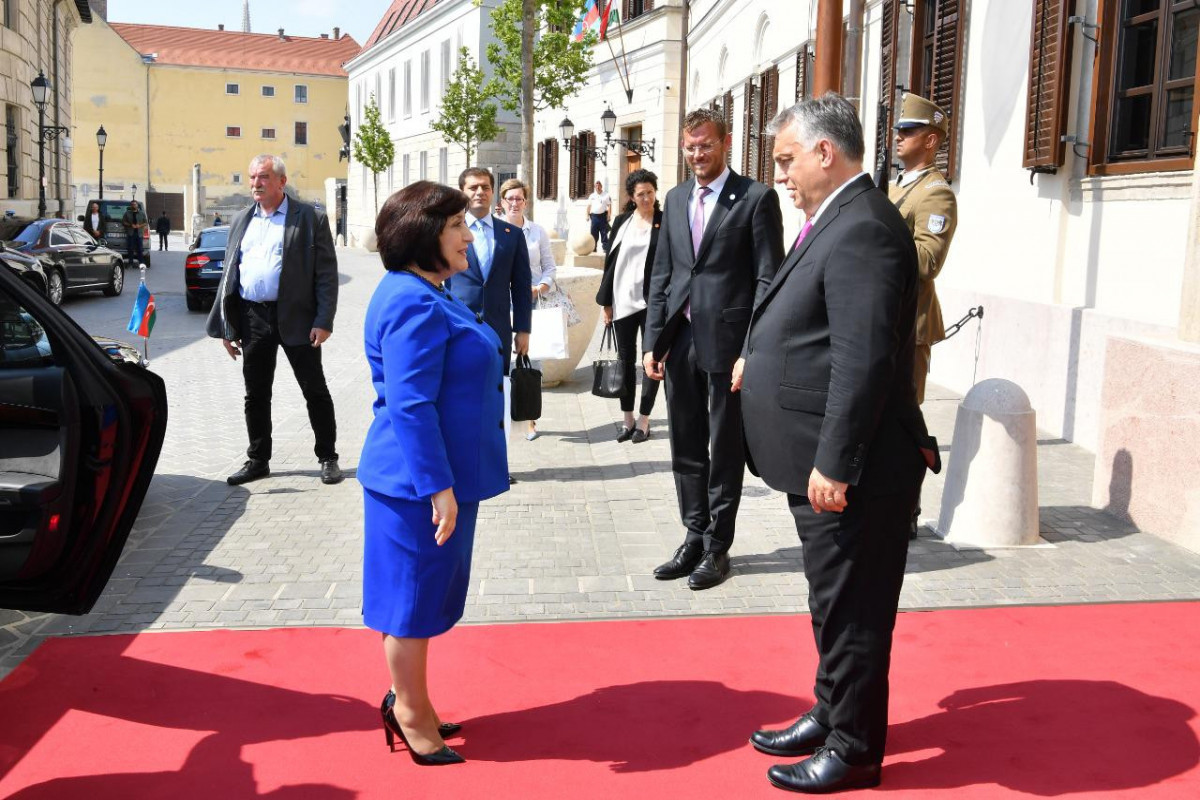 PM Orban welcomed the Chair of the Milli Majlis and thanked her and the delegation of Azerbaijan for their official visit to Hungary, going further to say that delegations coming from Azerbaijan were ever special guests of the Hungarian people and state. Then, he underscored the importance of reciprocal visits and said he was certain that our delegation’s current stay in Hungary, too, will contribute to the progress of the relations between the two countries.

The interaction between the two legislatures is progressing, too, Victor Orban noted before commending the respective friendship groups on their work. Hungary finds the furtherance of its relations with the friendly state of Azerbaijan to be of great importance whilst the current political, economic, cultural and humanitarian collaboration of the two states is on the increase as well, according to PM Orban.

The broad co-operation between Hungary and Azerbaijan in the energy sector was broached then. Victor Orban pointed at Azerbaijan’s role, irreplaceable for his country, in the maintenance of energy security.

Chair of the Milli Majlis Sahiba Gafarova thanked for the warm welcome and passed on to PM Orban the greetings of President Ilham Aliyev. Mrs Gafarova expressed satisfaction with her first official visit to Hungary as chair of the Azerbaijani parliament, touched on the common historical roots of our peoples and pointed at the similarities amongst so many of our respective values – including the family values that deserve a special mention, she remarked. Azerbaijan attaches a great importance to the progress of co-operation with Hungary, one of the states that were the first to recognise its independence. The bilateral political ties have been elevated to a new level with Azerbaijan having regained state independence. The weighty role in attaining such a level of the good relationship between President Ilham Aliyev and PM Victor Orban is beyond whatever doubt, Mrs Gafarova told the Hungarian premier.

The legal documents concerned with the bilateral co-operation that have been signed to date are of key importance. Speaking of the recent Azerbaijani-Hungarian trade volume indicators, Mrs Gafarova underlined the presence of the potential to increase the bilateral trade further still. Azerbaijan is a major economic hub of the South Caucasus as much as it is a dependable energy security partner and a critical party to the diversification of the energy supply routes that lead to Europe – as can be seen from the Trans-Anatolian (TANAP) and Trans-Adriatic (TAP) pipeline projects accomplished but recently.

Going further to talk about the current high-standard humanitarian ties between our countries, Madame Speaker mentioned the projects implemented in Hungary with the backing from the Heydar Aliyev Foundation and placed a special emphasis on Azerbaijan’s First Vice President Mrs Mehriban Aliyeva having been decorated with Hungary’s top award for her merits in that field.

Inasmuch as the bilateral inter-parliamentary connexions are concerned, both legislatures have the mutual parliamentary friendship groups; our MPs co-operate with success in the international parliamentary organisations. And, of course, it is to be stated with conviction that the two parties will stay true to this line of action in the future, too, according to the Chair of the Milli Majlis. It is exceedingly pleasant that Hungary is solidifying its unity with the Turkic World, at the state level as much as at the parliamentary one. It is equally gratifying that the National Assembly of Hungary has the observer status in the TURKPA – the Parliamentary Assembly of the Turkic-Speaking States, Mrs Gafarova pointed out.

The Chair of the Milli Majlis proceeded to turn PM Victor Orban’s attention to the fact that Azerbaijan, which had stood the test of history with flying colours in 2020, had won a brilliant victory and liberated its own lands in the 44-day Patriotic War for the support to Azerbaijan’s righteous stance given during which Mrs Gafarova thanked the people and state of Hungary on her behalf and on behalf of the Milli Majlis. The de-occupation of lands in Garabagh was followed by the commencement of the restoration and creativity work there. However, Armenia is putting spokes in the wheels. Armenia is declining to make minefield maps available, resorts to provocations, causes trouble with border delimitation and demarcation and allows groups of terrorists to sneak over into our freed lands. Military personnel and civilians including journalists die or get wounded because of Armenia’s refusal to hand over the maps of the mined areas.

Furthermore, Sahiba Gafarova expressed her gratitude to the Hungarian side for its help extended to the ANAMA in its demining work in those provinces. That assistance is a manifestation of the friendly attitude of Hungary, she commented.

Prime Minister Victor Orban asked for his greetings to be passed on to the President of Azerbaijan Mr Ilham Aliyev.

Then, the interlocutors voiced the shared confidence of continued progress in the two countries’ relations and exchanged opinions about the matters of mutual interest. 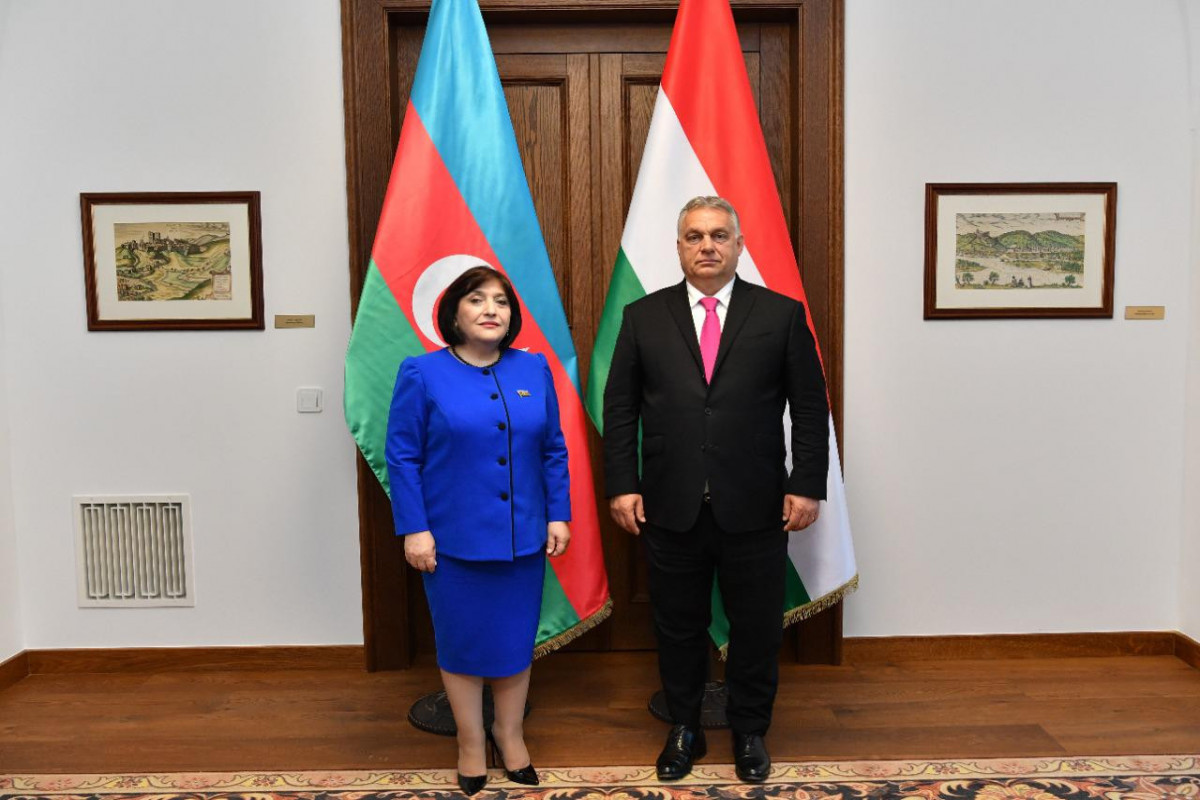 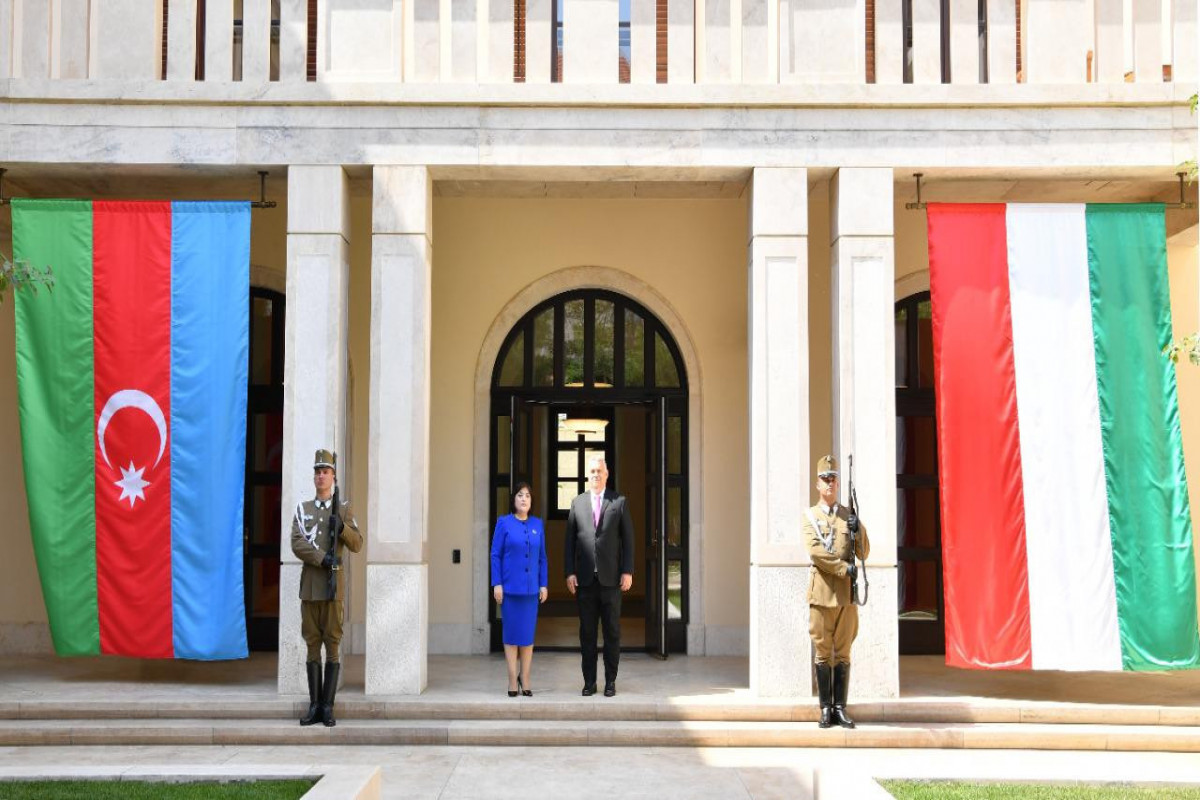 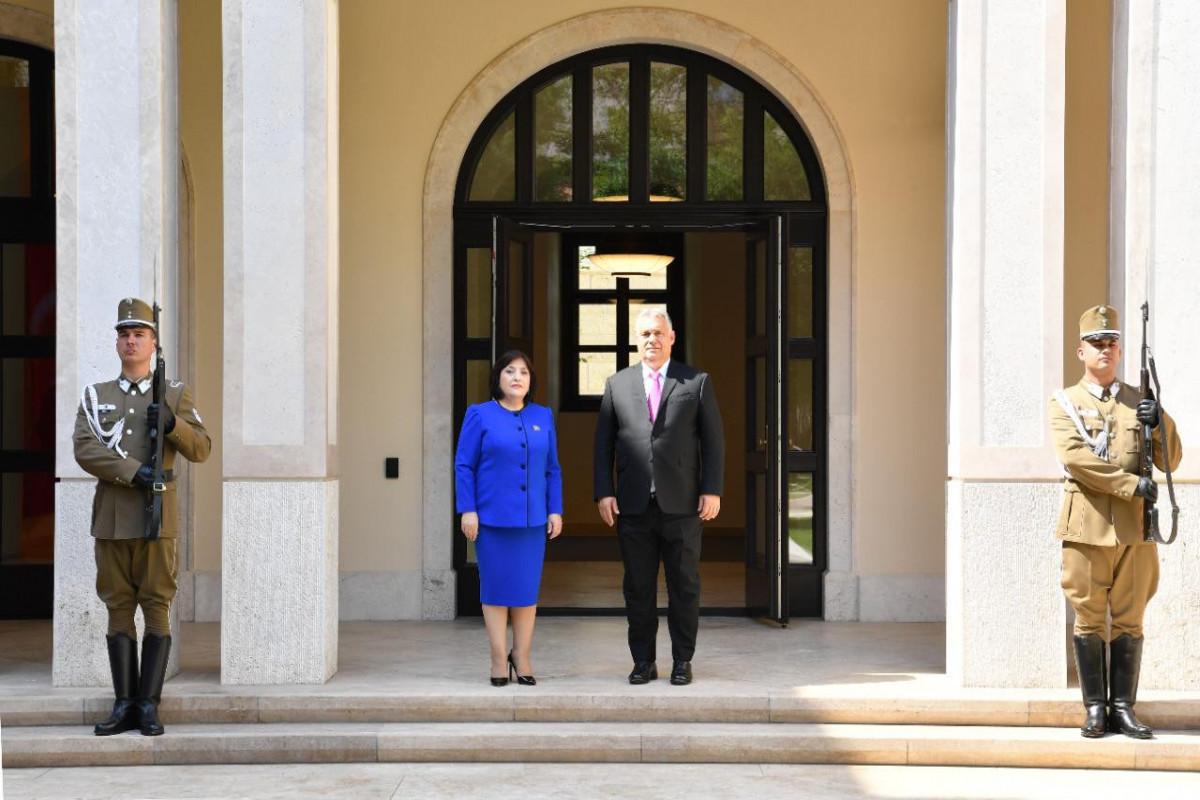 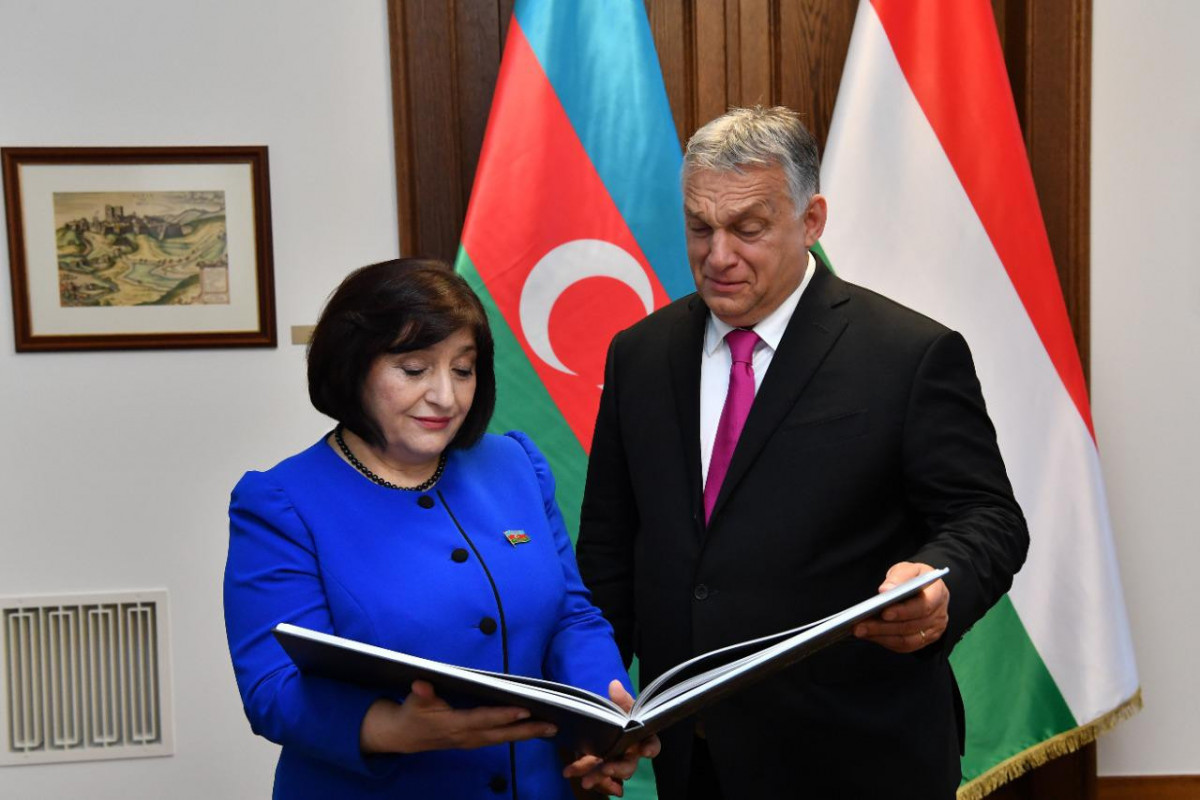 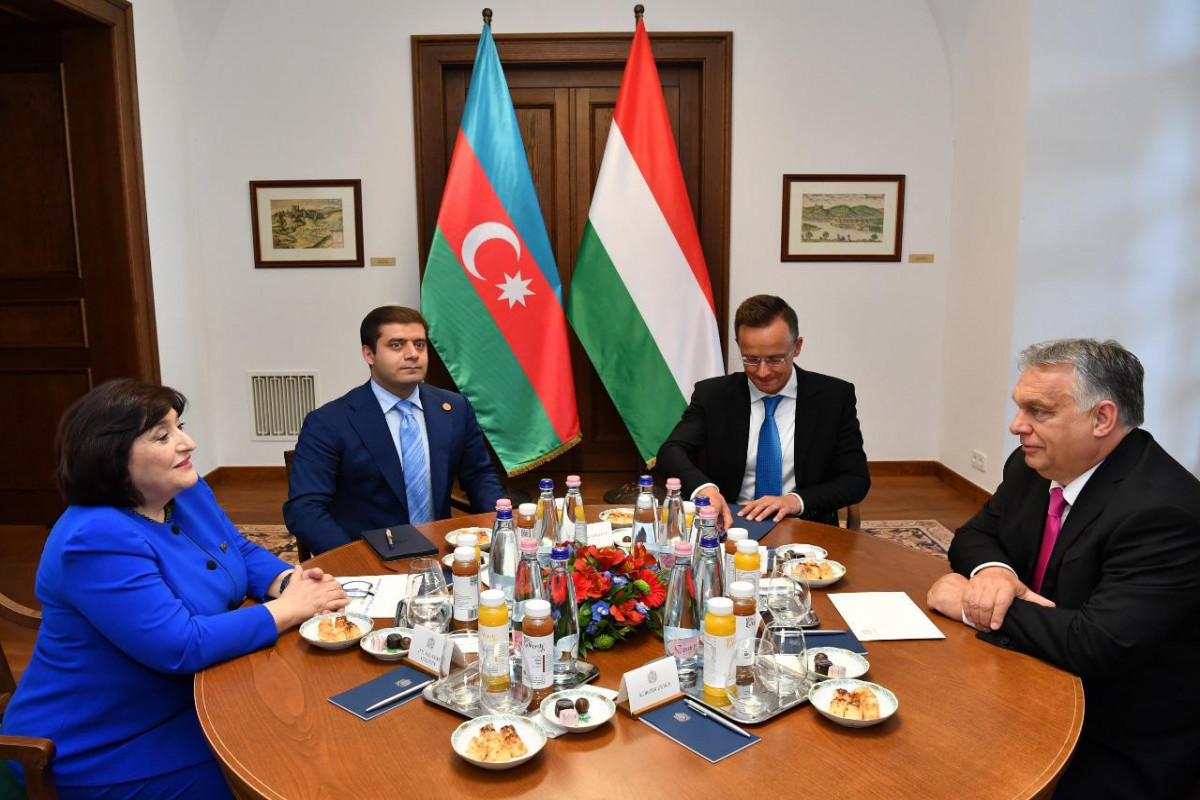 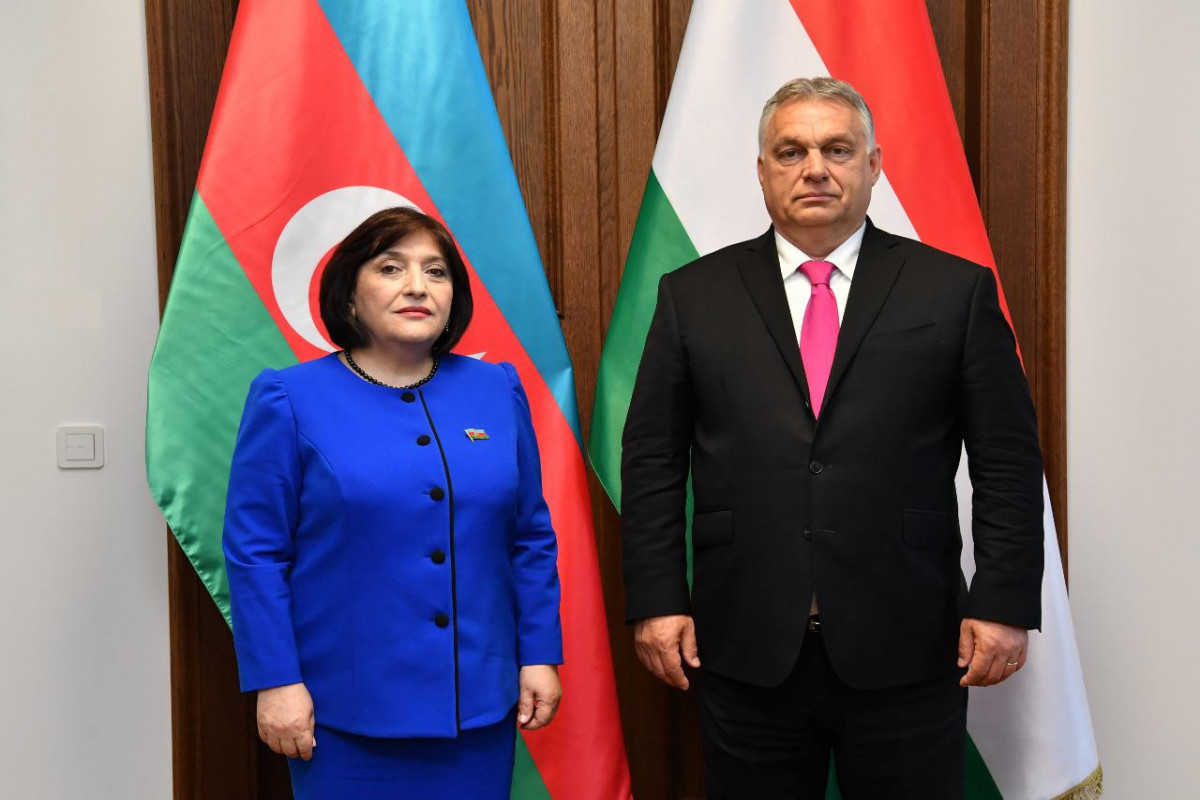