Charles Michel: "EU is ready to play a positive role in achieving peace in the region" 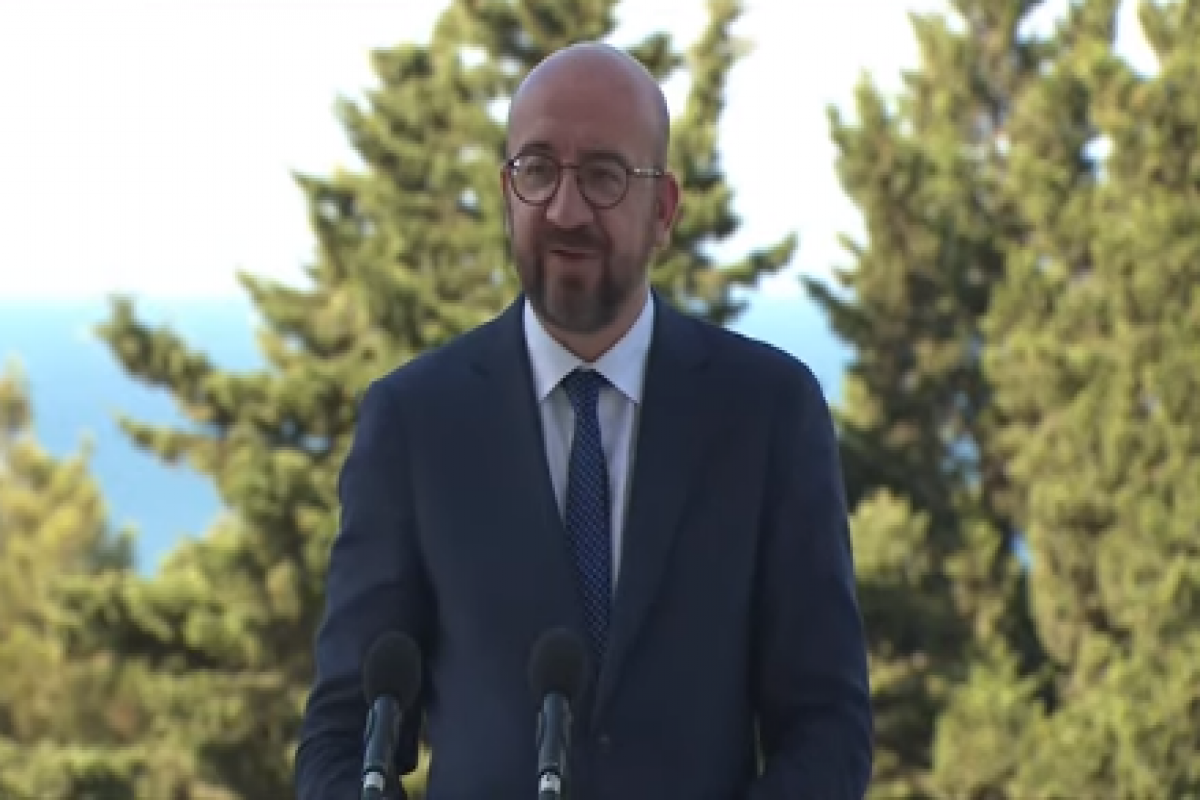 "The European Union is ready to play a positive role in achieving peace in the region," EU Council President Charles Michel said at a joint press conference with Azerbaijani President Ilham Aliyev during his visit to the South Caucasus region, APA reports.

He emphasized that during his visit to Armenia, he also discussed with Armenian officials what steps could be taken to achieve peace: "We need to think about what we need to do to achieve peace and progress, what elements we need to consider to ensure stability and security in the region. I had the opportunity to discuss this issue with the President of Azerbaijan. I addressed both the Prime Minister of Armenia and the President of Azerbaijan. I have made it clear that the European Union is ready to play a positive role in this matter. Of course, we support the work of the OSCE, but this does not prevent the EU from sharing its experience and support for greater security, stability and, most importantly, peace in the region. and give certain ideas for the possible development of peace, "said the President of the EU Council.