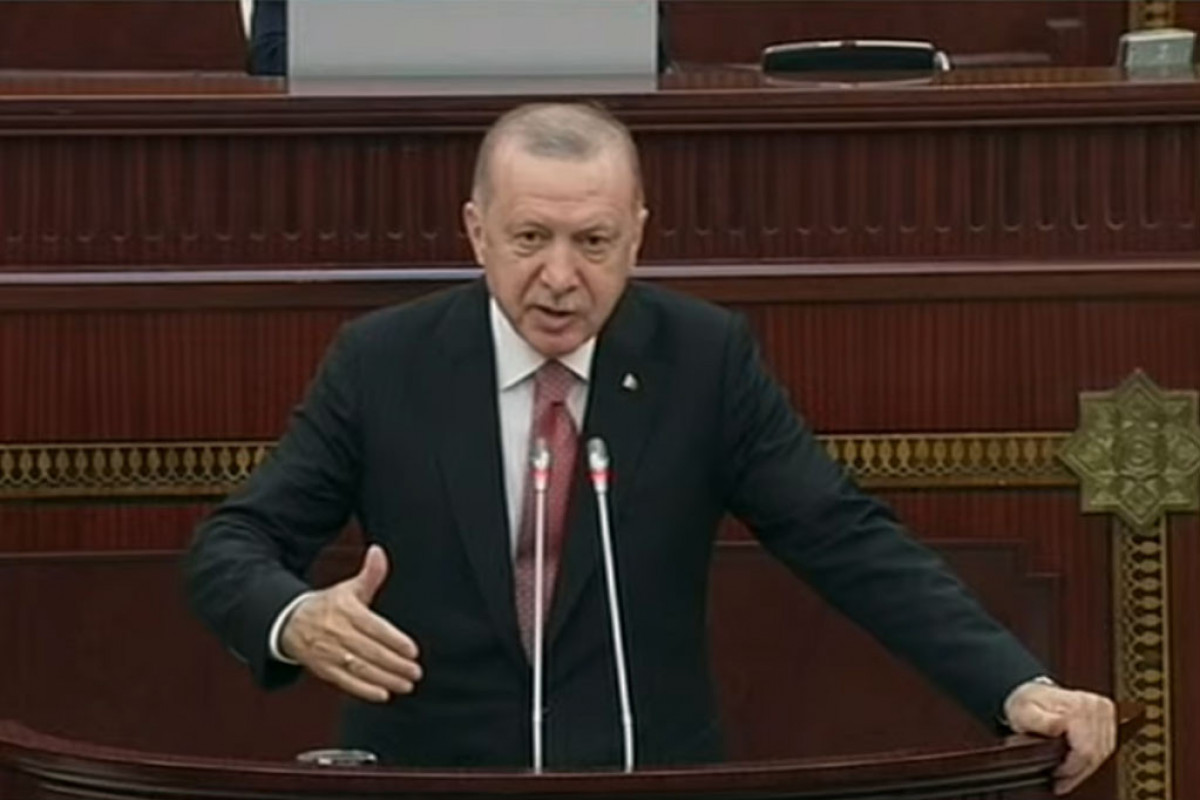 “When we look at what has been done and will be done after this victory, it is clear what we will do,” said Turkish President Recep Tayyip Erdogan at the special meeting of Azerbaijani Parliament today, APA reports.

Turkish President noted that first of all, tranquility settled in Karabakh upon everything: "Inshallah that in our next visit we will experience the joy of the people of these territories settling in their homes. Your houses are being built and will be built soon. We are waiting for you to settle in these houses. At present, roads are being built rapidly, power plants are being opened, and transport infrastructure is being built

Mr, Erdogan noted that the benefits will be brought to the region by the Zangazur corridor - countless: “All of these are the beginning of a new era for Armenia, along with Azerbaijan.  Armenians will be able to use the Zangazur corridor and go to Moscow as well, thus they will get out from the blockade they fell themself. Benefits of opening borders with Turkey for Armenia are countless.”