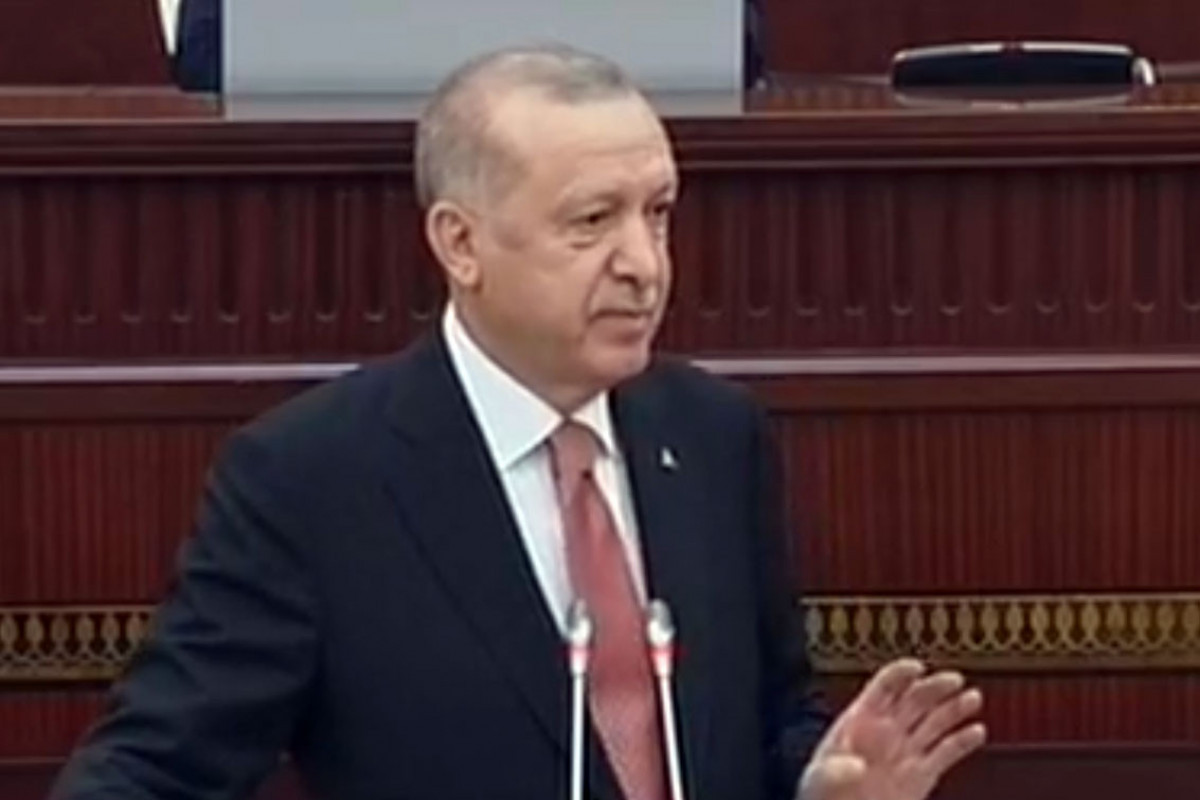 “Over the past 30 years, during the period of tension experienced in Karabakh, it is clear that who benefited from this work, and who lost,” said Turkish President Recep Tayyip Erdogan at the special meeting of Milli Majlis held today, APA reports.

Turksih President noted that those who lose materially and morally are only the people living in Karabakh: “For 30 years my Azerbaijani brothers have been refugees from their lands. After 30 years these lands have been rejoined with their owners. Those who make attempts for the continuation of the conflict in Karabakh were always on the winning side from the conflict. I once again congratulate the Supreme Commander-in-Chief, my dear brother Ilham Aliyev, who showed great leadership and brought this victory and peace to Azerbaijan.”

Turkish leader stressed that he congratulates Azerbaijani people carrying the spirit of national unity to the highest: “Of course, I congratulate the Azerbaijani soldier who fought heroically. I wish God’s mercy for every our martyrs.”