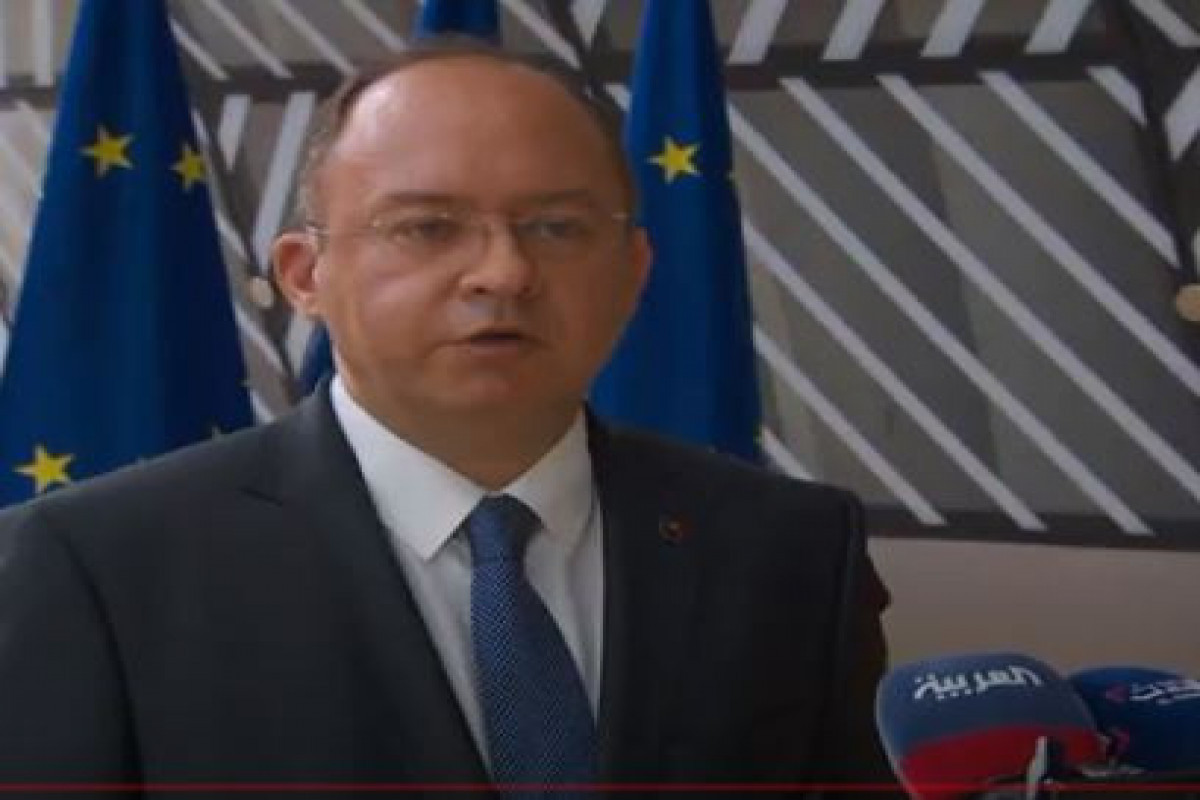 The report on the results of the visit of the Foreign Ministers of Lithuania, Romania, and Austria to the South Caucasus in June will be discussed at the meeting of the Council of Foreign Affairs of the European Union (EU), said Romanian Foreign Minister Bogdan Aurescu, APA reports.

We discussed how the EU can be active in the direction of resolution of current extended conflicts in Eastern Partnership countries at our meeting in Lisbon in May. One of the results of the meeting was a suggestion of realization of further activity of the organization in the stage through visits of FMs of EU member states. The visit to South Caucasus countries, participated by three FMs, which was also joined by me, was a first. We met with the leadership of these countries and delivered a message on the determination of the EU on further active participation in the direction of resolution of extended conflicts, as well as on our support to stability and security of these countries. We discussed how South Caucasus countries and the EU can approach each other much more. Furthermore, preparation issues for the Eastern Partnership summit, to be held in December of this year, have been discussed. Our visit was welcomed by leaders of these countries, in general. There are some thoughts, ideas after the visit. Today, me and my colleagues, who participated in the visit, will submit these ideas to the Foreign Affairs Council of the EU and EU High Representative,” stressed Head of MFA.

According to him, there is an idea on the EU’s support to the establishment of regional cooperation platform among three countries and mediation and participation of the organization in the platform: “As well, we have concrete suggestions on supporting to events between Azerbaijan and Armenia, which build confidence. There is also a suggestion on inviting FMs of these countries to the meeting of the Council of Foreign Affairs of the EU in autumn in order to establish a cooperation mechanism among the three countries and discussing security aspect of the Eastern Partnership policy. I should note that security issue was the main issue that we discussed at the meetings, which we held within the framework of our visit to the region.”