Ilham Aliyev: All communications in the region must be opened in parallel. 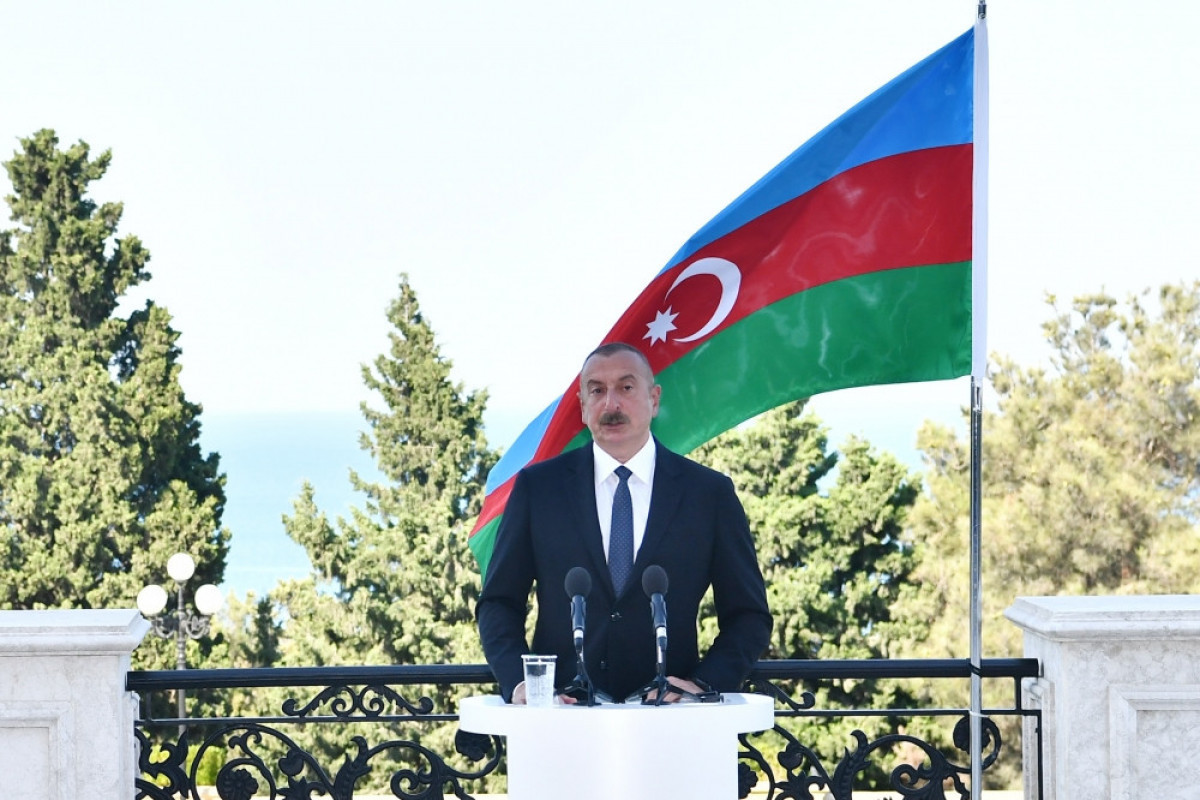 "Modern highways – by the way, according to the Davos World Economic Forum, the quality of roads in Azerbaijan ranks 24th in the world. We are 11th in terms of railway services and 12th in terms of air services, said Azerbaijani President Ilham Aliyev at a joint press conference with EU Council President Charles Michel in response to a question on the role of the country's transport infrastructure in strengthening regional stability and security, APA reports.

"This shows that we have invested heavily in infrastructure. Of course, the opening of all communications in the region will enable Azerbaijan to have unimpeded access to the Nakhchivan Autonomous Republic, which is an integral part of it, through the territory of Armenia. At the same time, the construction of railways to the Armenian border has begun. The construction of a highway to the Armenian border has also begun. We must build more than 100 kilometers of highways and railways in our territory to the territory of Armenia. In the territory of Armenia, it is only about 40 kilometers. All communications in the region must be opened in parallel. This will allow Armenia the opportunity to have a railway connection with Russia and Iran. This gives Azerbaijan additional access to the Nakhchivan Autonomous Republic, and four countries of the region – Azerbaijan, Iran, Russia and Turkey – strongly support this approach. Thus, we must receive a positive response from Armenia, but this response should not be selective. As I said, all communications must be opened at the same time and there should be no discrimination in this regard. Of course, from now on predictability, stability and security in the region will become a reality. This is what we want," added the President.