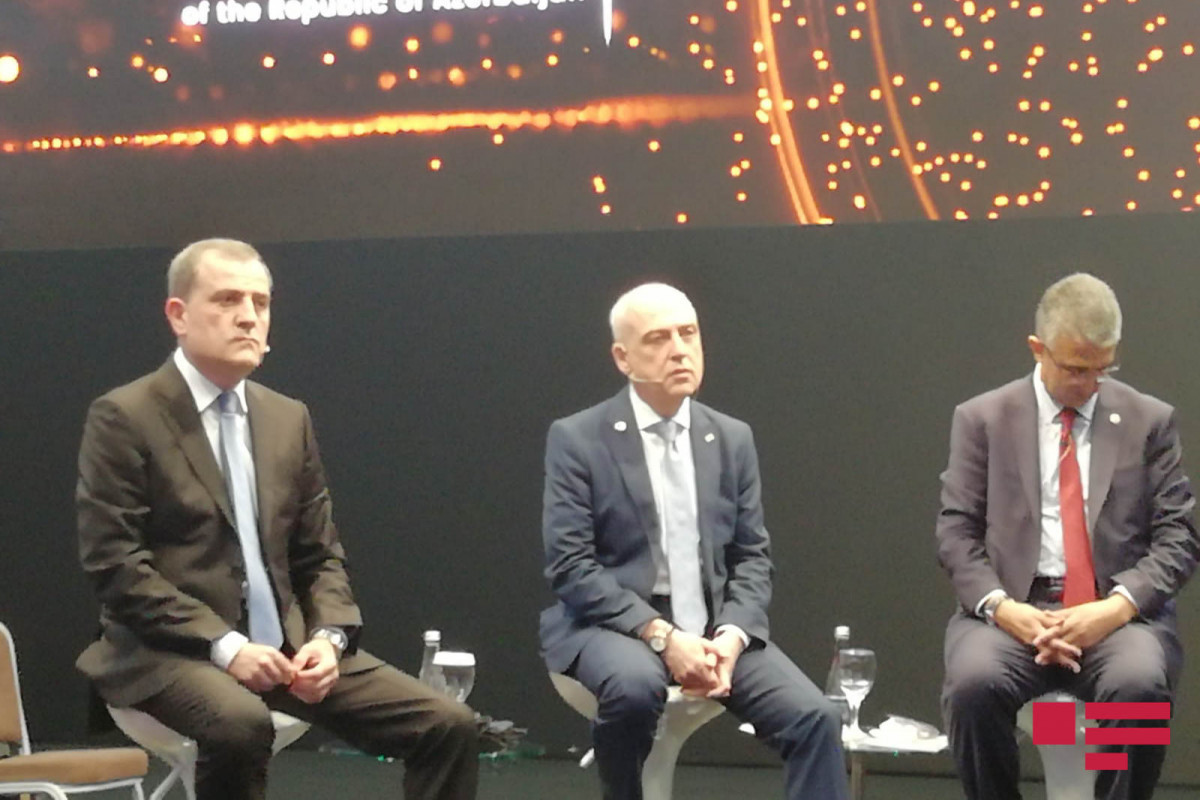 Minister noted that peace and cooperation cross with each other in the region and it is impossible to cooperate without peace: "After signing trilateral statement on November 10, Azerbaijan took very pragmatic steps in the direction of normalization of relations with Armenia. Azerbaijan presented its transit opportunities for Armenia's provision with Russian gas when a difficult situation emerged in Georgian gas pipelines this winter. It happened for the first time over the recent decades. It is specific steps, showing Azerbaijan's willingness to normalization of relations."

J. Bayramov stressed that normalization of relations should be focused on now and all parties should avoid taking steps, which seem little, but have specific characters for it: "Azerbaijan is actively participating in the work of the intergovernmental commission, established on the basis of trilateral agreement and acts under the leadership of Deputy PMs of Azerbaijan, Armenia, and Russia. Opening of communications, creation of new transit corridors have great additional benefits for not only Armenia and Azerbaijan, but also all other regional countries from our perspective point of view. We believe that we should focus on the positive steps by acting mutually first of all. Way to the establishment of the mentioned ideal situation may pass through the little, but very specific steps."