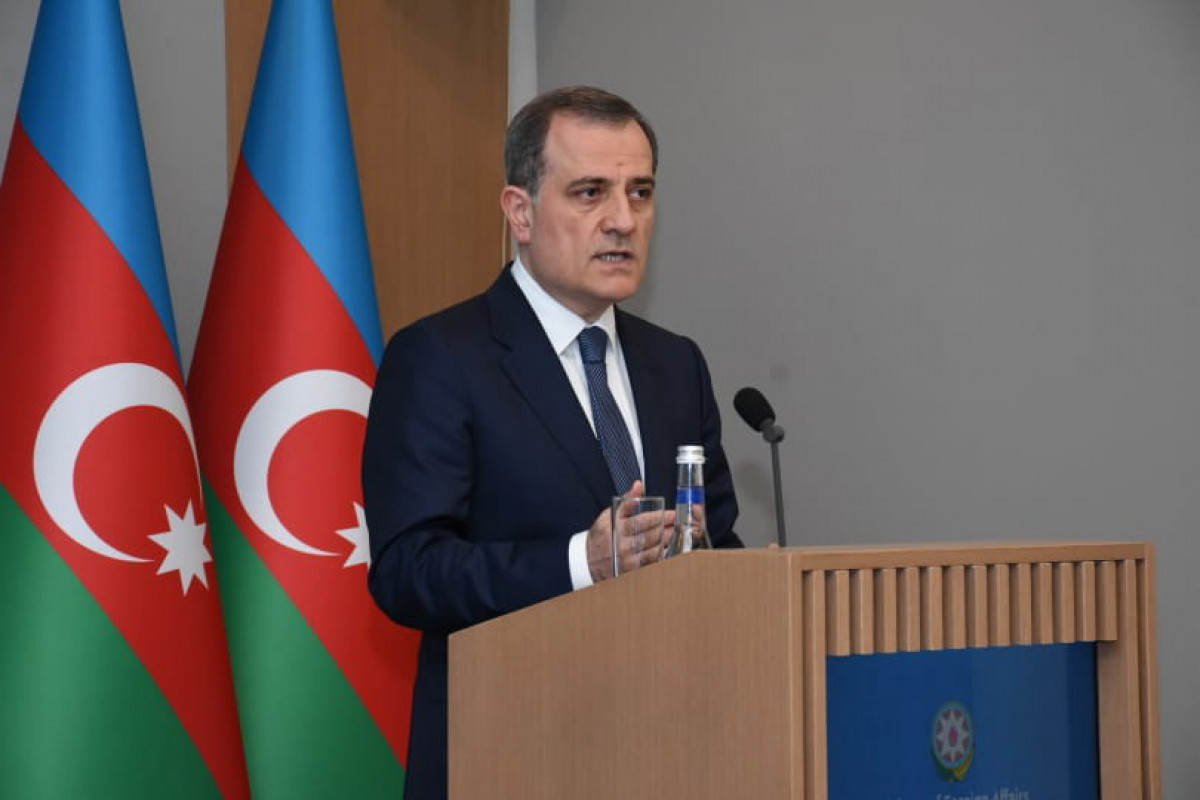 "Kazakhstan delegation has been received by President Ilham Aliyev within the framework of the visit," said Minister of Foreign Affairs of Azerbaijan Jeyhun Bayramov at the briefing after meeting with Deputy Prime Minister, Minister of Foreign Affairs of the Republic of Kazakhstan Mukhtar Tileuberdi, who is on a visit to Azerbaijan today, APA reports.

Minister noted that a broad spectrum of relations between countries has been reviewed at the meeting: "Then one-on-one and extended meetings have been held with my counterpart, issues on the agenda have been discussed. Relations between our peoples have based on friendship for centuries. Relations between our countries, which dynamically develop currently, have been established on a strong basis. Supreme and high-level meetings have special importance. From this point of view, the visit of the Deputy Prime Minister will play an important role in the development of relations."

J. Bayramov noted that a large place has been allocated for commercial-economic issues at the extended meeting: "Negative impact of pandemics on economic relations has been discussed. Main issue set ahead is restoration of indicators of the period before the pandemic in the economic field."