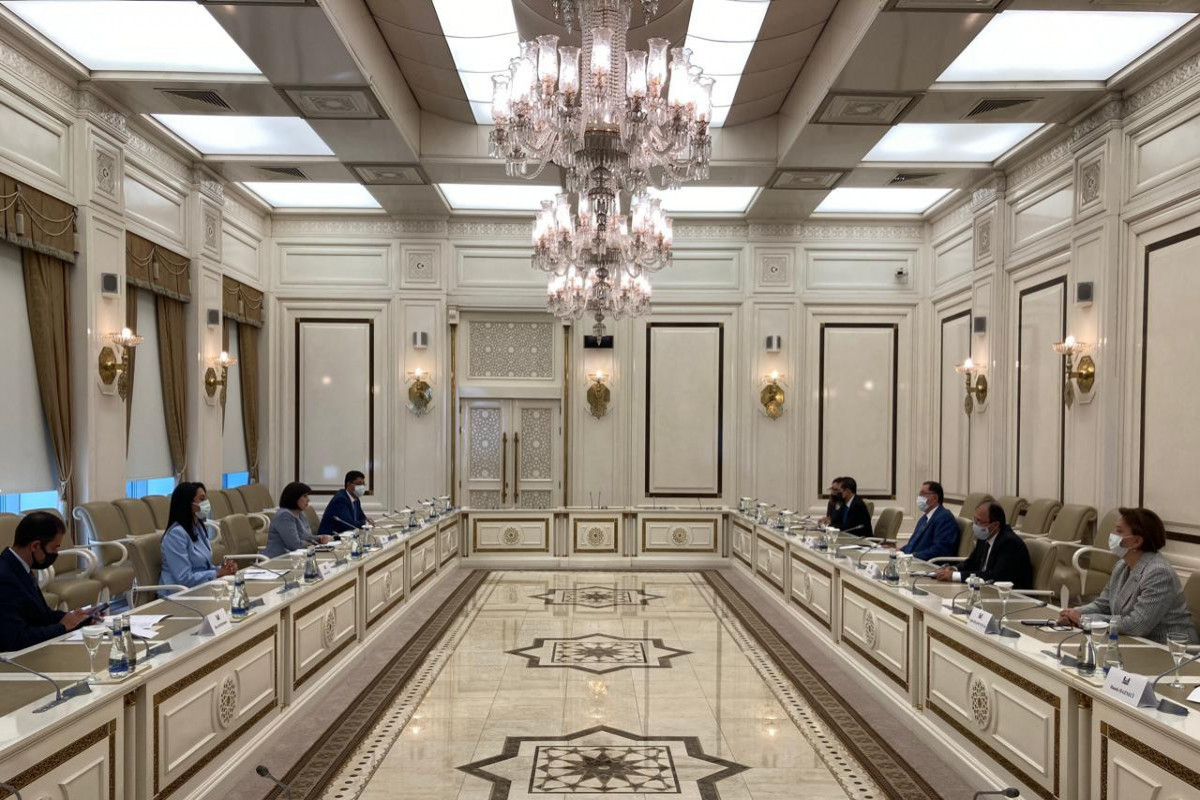 The delegation led by the President of the Association of Ombudsmen of the Organization of Islamic Cooperation (OIC OA) Seref Malkoc and with the participation of the Adviser to the Secretary General of the OIC OA is on an official visit to Azerbaijan at the invitation of the Azerbaijani Ombudsman, Ombudsman Apparatus told APA.

During the official visit to Azerbaijan, the delegation will conduct several offical meetings. The President of the OIC Ombudsmen Association, the delegation of the Secretary General of organization and the Ombudsman Ms. Sabina Aliyeva met with the Speaker of the Milli Mejlis of the Republic of Azerbaijan Ms. Sahiba Gafarova.

It was noted during the meeting that friendly relations between Azerbaijan, Turkey and Pakistan are based on historical facts, adding that cooperation between the three countries in the political, economic and cultural spheres is at a very high level.

In addition, during the meeting the discussion was held on the joint fact-finding mission of the delegation in the liberated territories of Azerbaijan and on the monitoring of acts of vandalism against cultural and historical monuments.

It should be noted that as part of the fact-finding mission, the delegation will visit the areas of Azerbaijan liberated from the occupation.