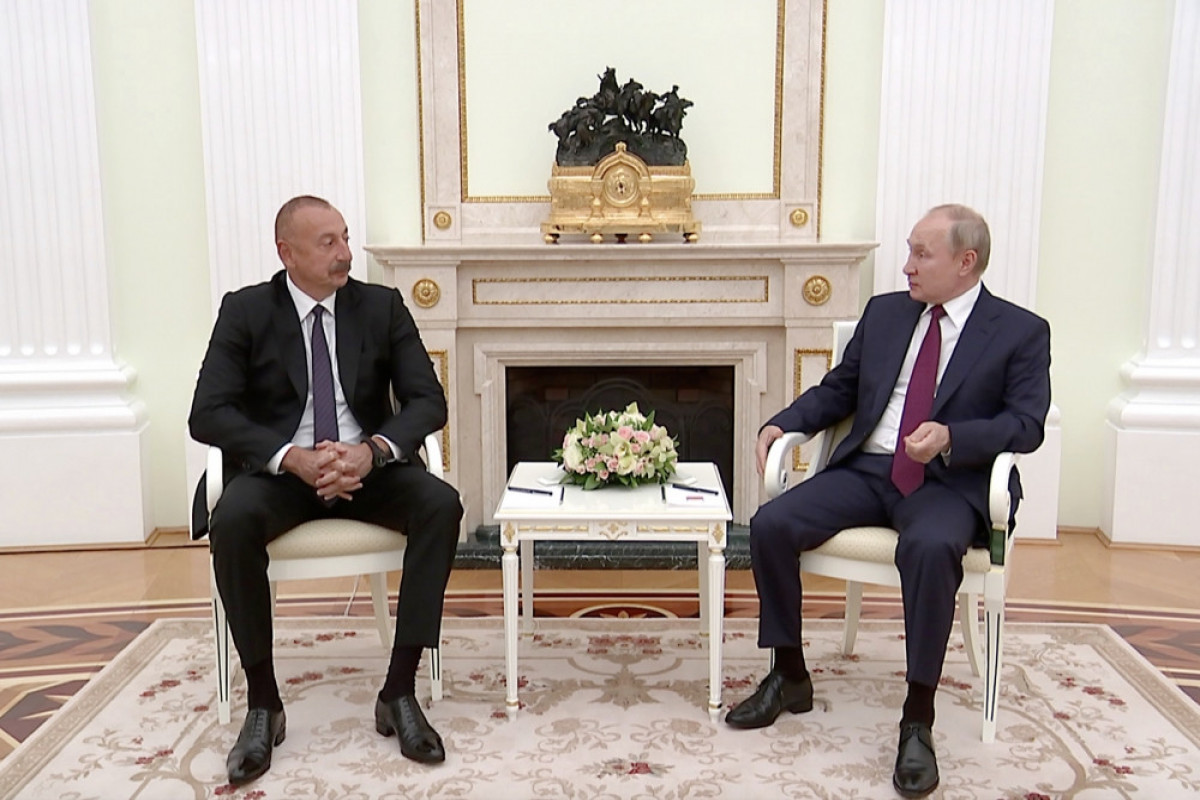 In the first half of the year, the trade turnover between Azerbaijan and Russia increased. This is very important, because last year we had a decrease of more than 10 percent. We are also actively expanding cooperation in the field of transport and transit relations, said Azerbaijani President Ilham Aliyev at a meeting with Russian President Vladimir Putin.

"I have been informed that the North-South transport corridor has transported about 20 percent more cargo than last year. Thus, this corridor is already working, almost on a large scale, "said President Ilham Aliyev.

Thanking the Russian President for his help in the fight against the coronavirus, the head of state said: "We have received more than 200,000 doses of Sputnik V vaccine from Russia and this vaccine is expected to be sent again. I know that there are a lot of people who want to buy it. Because this vaccine has proven its effectiveness, and, of course, it is very difficult to provide for everyone. However, as your friends and partners, I would like to thank you once again that we are among the first to receive the vaccine. "