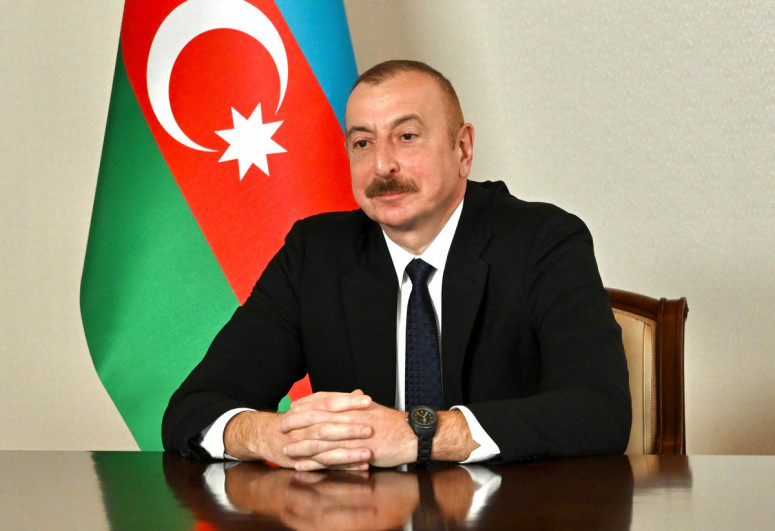 “Each interview of Azerbaijani President Ilham Aliyev has historical importance from the processes in Azerbaijan, region point of view. Especially during the Patriotic War, the head of state defended the interests of Azerbaijan not only on the battlefield but also in the information war with his interviews with foreign media during the war,” Chairman of International and Inter-parliamentary Relations Committee of the Azerbaijani Parliament Samad Seyidov told APA.

S.Seyidov noted that the interview of the President of the Republic of Azerbaijan Ilham Aliyev to BBC News on November 6 last year has caused great interest around the world: “It is no coincidence that the interview of the Azerbaijani President to BBC News has already exceeded three million views on Telegram.  By answering biased questions with such restraint and arguments, President Ilham Aliyev exposed Armenia's policy of aggression and lies, once again demonstrated to the world that he is a great statesman, a professional diplomat, a worthy defender of Azerbaijan's justice. No article, statement, interview, performance has not been viewed so much in the international arena so far. There are so many comments expressing support to Azerbaijan’s righteous work regarding this interview. This itself shows that the head of state has successfully defended the interest of Azerbaijan in the information war.

Generally, there are millions of views on President Ilham Aliyev's interviews. Not only the Azerbaijani people but also all regional peoples, the political forces in the world carefully approach the President’s interviews. Numerous comments regarding the interview also show this”.

Committee Chairman of the Parliament noted that after Second World War the UN, European Council, all international organizations, in fact, was established for sake of protecting justice: “Because justice had been violated. The defeat of Nazi Germany and the triumph of justice in the Nuremberg Trials put everything in its place. However, after the second World War process started in such a way that fascism-Armenian fascism emerged, justice had been violated again. Unfortunately, those international organizations did not intend to see, set up court, impose sanctions. Therefore, in each interview of the head of state unfair approach to justice, double standards, logical basis of the steps taken by Azerbaijan in the field of namely restoring justice, was put on the agenda. There was also a paradoxical and terrible moment.