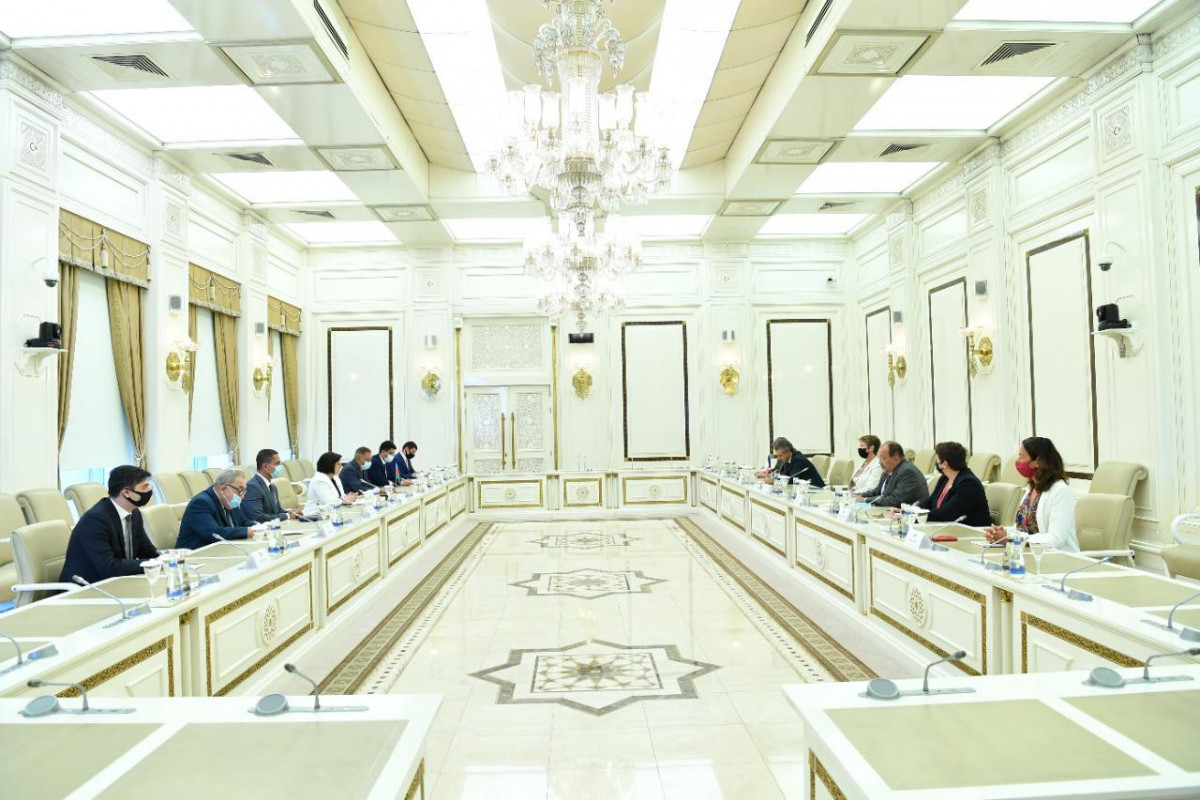 © APA | Meeting with the Speaker of the Milli Majlis Sahiba Gafarova, the delegation of the French National Assembly

Chair of the Milli Majlis Sahiba Gafarova has met with the visiting delegation of the National Assembly of France on 22 July, the Press and Public Relations Department of
the Milli Majlis told APA.

Greeting the guests sincerely, Madame Speaker noted that such meetings as that one contributed to the evolution of our connexions that are deeply rooted in history and had attained a new level qualitatively upon Azerbaijan gaining independence. The foundation for the friendly relations and partnership of our countries in the modern era was laid when our country was led by the National Leader Heydar Aliyev. As for today, President Ilham Aliyev attaches a great importance to the continued deepening of our co-operation. It is no coincidence that Azerbaijan’s First Lady Mrs Mehriban Aliyeva was made Officer of the Legion of Honour of the French Republic in 2011 for her achievements in this area precisely.

Speaker Sahiba Gafarova placed the emphasis of the meeting on Azerbaijan’s historic victory in the 44-day Patriotic War and the provocations committed by Armenia during the post-war period. She stressed that Azerbaijan terminated the thirty-year-long Armenian occupation and restored its territorial integrity under the leadership of Commander-in-Chief Ilham Aliyev last year. As for the Trilateral Statement that was inked on 10 November 2020, it committed that problem to the archives of history. On top of that, Azerbaijan had enforced, all by itself, the four resolutions of the UN Security Council. There are the prerequisites for the homecoming of the internally displaced people who had been evicted from their native lands as a result of the occupation. Alas, Armenia will not desist its provocative action: it resorts to border provocations, it does not disclose the full maps of all the minefields and it is spreading the POW reports that are very departed from the truth. All that is hampering the peace process, creative efforts and refurbishment initiated in Garabagh.

Recalling the visit of the Friendship Group members to the city of Ganja as well as to the de-occupied Agdam and Fizuli provinces of our country, the Chair of the Milli Majlis stressed that Armenia had subjected the towns and villages, our nation’s historical legacy and cultural heritage as well as the mosques situated in the lands that Armenia had held in captivity for thirty years. Those areas truly resemble Hiroshima. Having said that, Sahiba Gafarova expressed a hope that the members of the Friendship Group would, as they were back in their own country, provide the objective information about the destruction caused by Armenia in our de-occupied lands for the attention of both the members of the National Assembly and the general public of France. Madame Speaker mentioned with regret the biased declarations levelled at Azerbaijan by the political circles under the heavy influence of the Armenian Lobby in a number of Western countries. Such moves concern the Azerbaijani public, to be sure. We hope, then, Mrs Gafarova added, that the international community will take a fairer stance on this subject and will also state its very objective opinion about the Armenian provocations and atrocities.

Thanking for the warm welcome, a member of the National Assembly delegation Gerome Lambert voiced the delegation’s satisfaction with the visit to our country as well as with the meetings held during it. Such meetings are essential when it comes to obtaining first-hand knowledge of the regional realia as well as to all-out discussions of the matters contemplated by both sides, in his opinion.

The attending members of the French National Assembly Frederick Dumas, Carole Bureau-Bonnard, Jean-Luc Reitzel and Sandrine Mörch, the leader of the Working Group for the inter-parliamentary connexions with France Soltan Mammadov and a member of the same Group Javanshir Feyziyev spoke to share their thoughts about the subjects of interest to both sides.

Chief of Staff of the Milli Majlis Safa Mirzayev and other officials were taking part in the meeting as well. 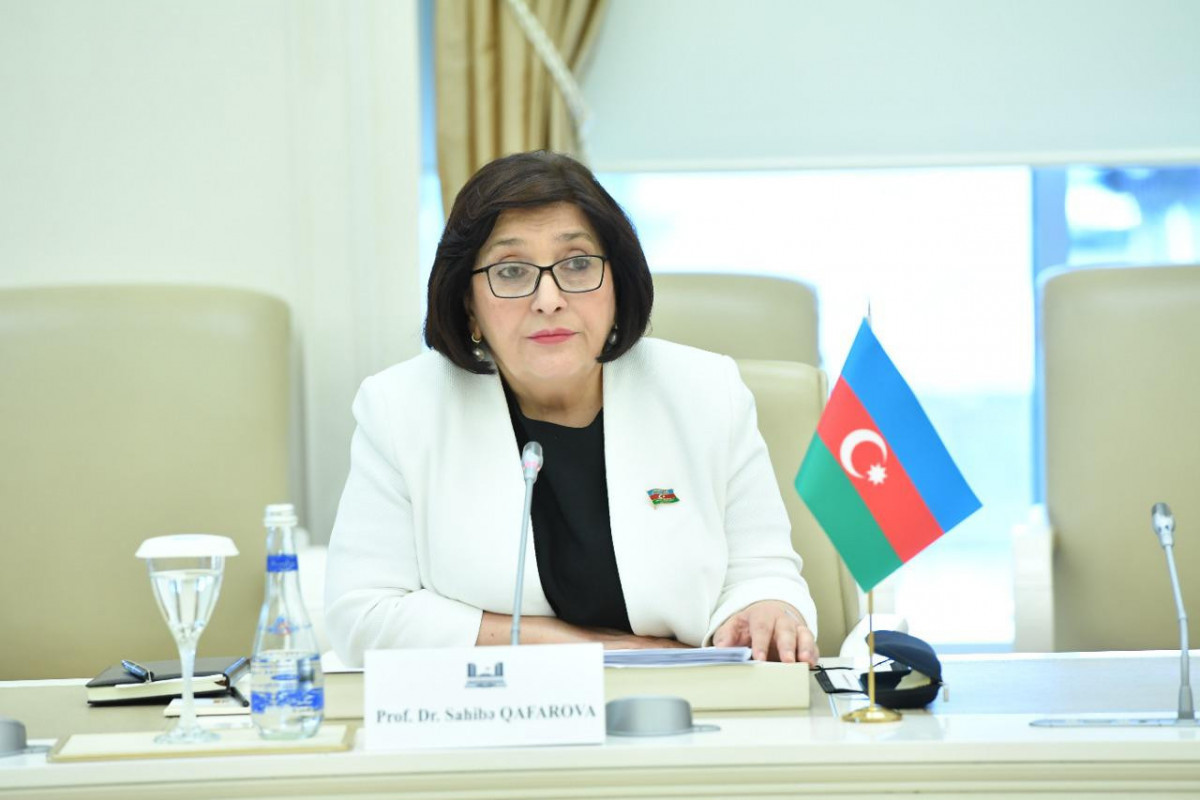 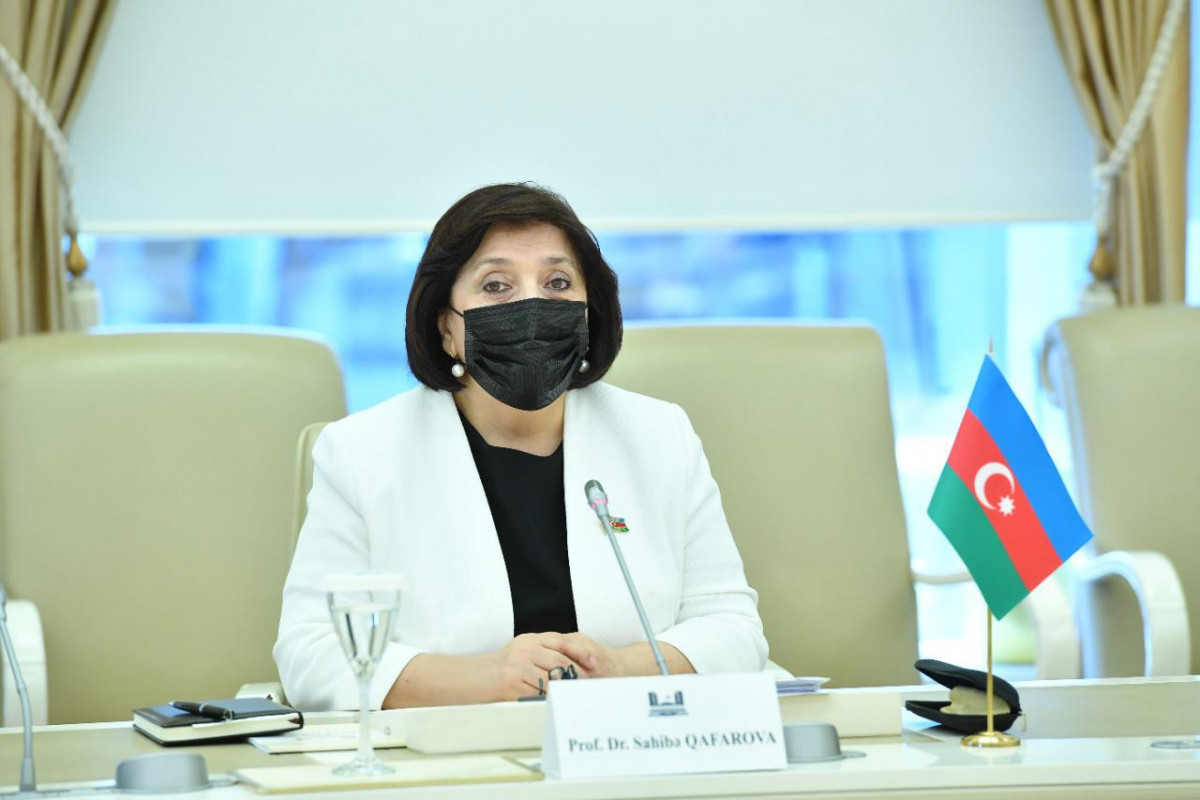