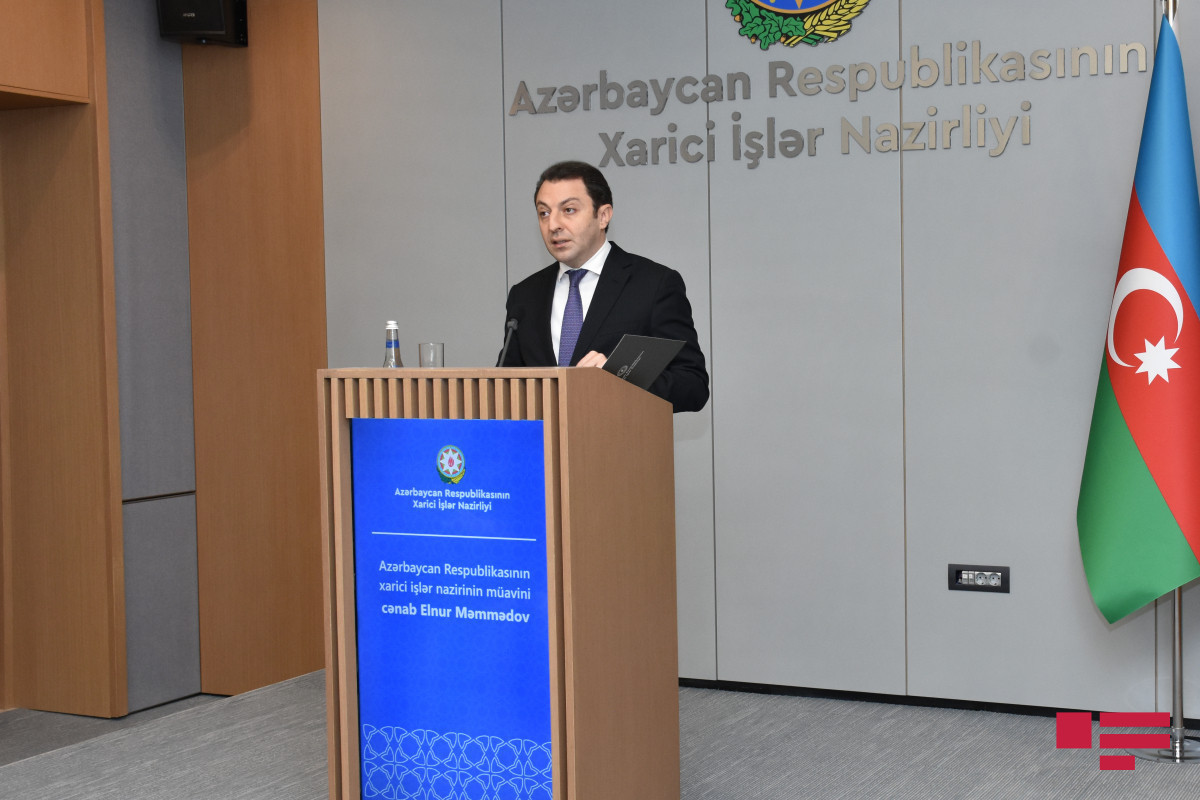 “The known UN resolutions adopted in 1993 remained on paper for 30 years,” said Elnur Mammadov, Deputy Foreign Minister of Azerbaijan at a press briefing on the decision of the International Court of Justice on temporary measures, APA reports.

Deputy FM noted that when the decisions are not implemented, the main task of the International Court of Justice is to bring them to the attention of the UN Security Council.

“There is grave pressure on states regarding the implementation of those decisions. A committee of three judges has been set up to deal with adopted the decisions at the International Court of Justice. In case of non-implementation of the decisions, the issue will be considered. In a statement issued yesterday, we called on Armenia to immediately implement the court's decision. The point here is that children in Armenia are raised with hatred for Turks and Azerbaijanis. This is a matter regarding the future. Therefore, it should be prevented,” said Deputy FM.