10 children killed, 32 injured, as a result of Armenian attack over the past month, says Ombudsman 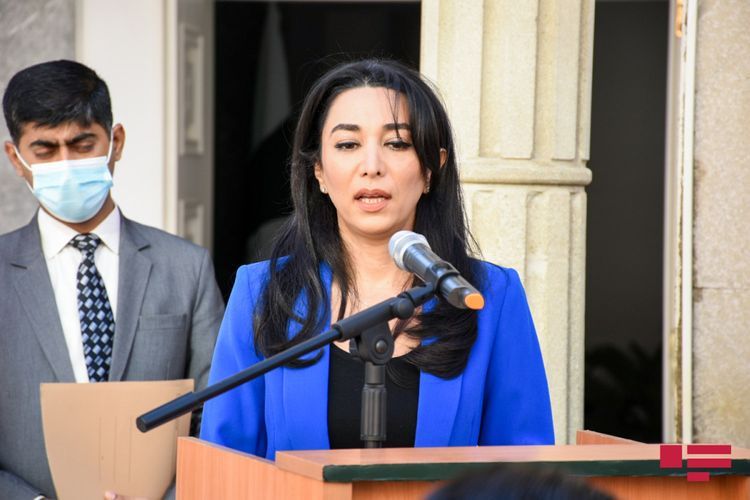 "Azerbaijan suffered from occupation for many years. It is one month since the Azerbaijani Army has been conducting a counter-attack operation. Our Army achieved successes", Commissioner for Human Rights of Azerbaijan (Ombudsman) Sabina Aliyeva said, APA reports.

According to her, Azerbaijan also recognized the countries, which respect international law during the period and one of them is Pakistan: "Pakistan supports Azerbaijan in this justice fight".

Ombudsman noted that 10 children were killed, 32 injured, as a result of regular and intensive targeting of civilians of Azerbaijan by the Armenian army during the month and several children lost both of their parents: "Unfortunately, the world turns a blind eye to this injustice. But we believe that justice will win."