500 civilian facilities and 2,734 residential houses seriously damaged as a result of Armenian provocations 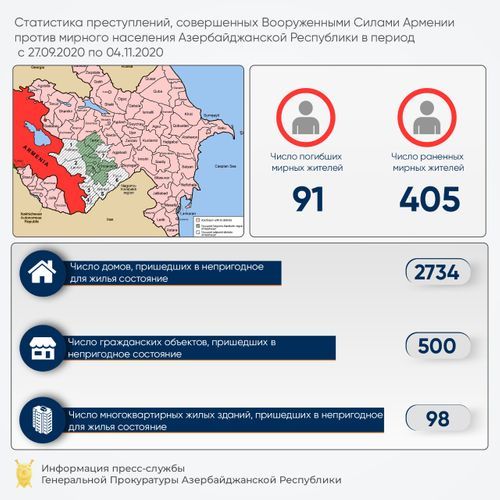 Furthermore, 500 civilian facilities and 2,734 houses and 98 multi-apartment buildings have been seriously damaged.