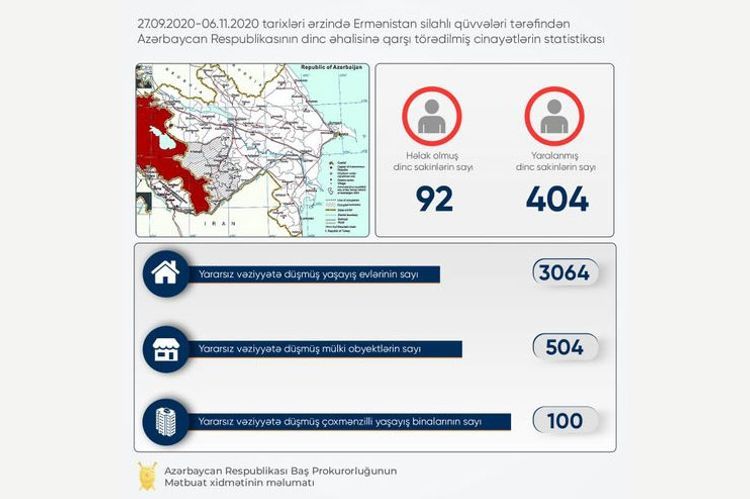 Number of civilians of Azerbaijan, killed and injured as a result of Armenian provocation, has been revealed, press service of the Prosecutor General's Office told APA.
As a result of Armenians' shelling residential settlements from September 27 until now, 92 civilians have been killed, 404 injured.
Furthermore, 504 civilian facilities, 100 multi apartment buildings, and 3064 houses were seriously damaged.