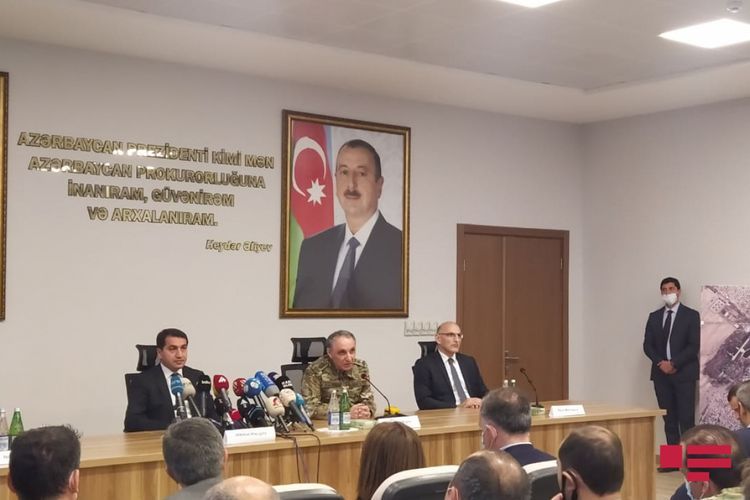 “More than 20 criminal cases have been launched over various facts on Armenian provocations. Currently, all necessary evidences are collected and we will act in various directions in order to bring into justice Armenian political leadership,” said Prosecutor General Kamran Aliyev at the briefing dedicated to the visit of representatives of diplomatic corps to Ganja, APA reports.

Mr Aliyev emphasized that all these instructions - the bombing of Ganja and the shelling of other civilians - were carried out on the instructions of the political and military leadership of Armenia: "Evidence is collected in accordance with all procedural rules for bringing them to justice - in accordance with the requirements of both domestic and international law. Claims will be filed against them in connection with the establishment of a relevant UN tribunal, as well as an appeal to the European Court of Human Rights."