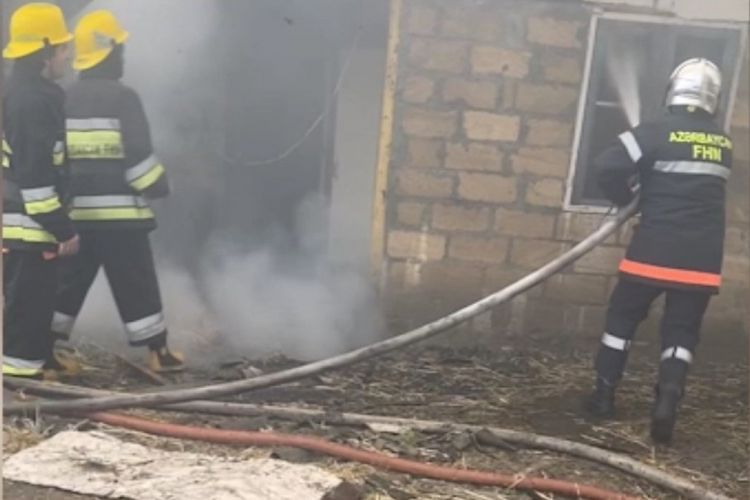 As a result of a projectile shelled by the Armenian armed forces, a fire broke out in a reed-swamp area around the town of Horadiz in the Fizuli region. Reeds, bushes, and trees burned in an area of 20 hectares. As a result of the measures taken by the relevant forces of the State Fire Protection Service of the Ministry of Emergency Situations, the fire was prevented from spreading to a wider area.

As a result of projectile fell on Tap Garagoyunlu village of Goranboy region, a farm facility belongs to a citizen burned. The nearby buildings were protected from fire

As a result of projectile shelled by the enemy caused a fire in a farm belongs to a citizen. Due to the operative intervention of firefighters, part of the facility was protected from fire.