Azerbaijani MoD: Enemy pushes foreign mercenaries forward and does not own their bodies 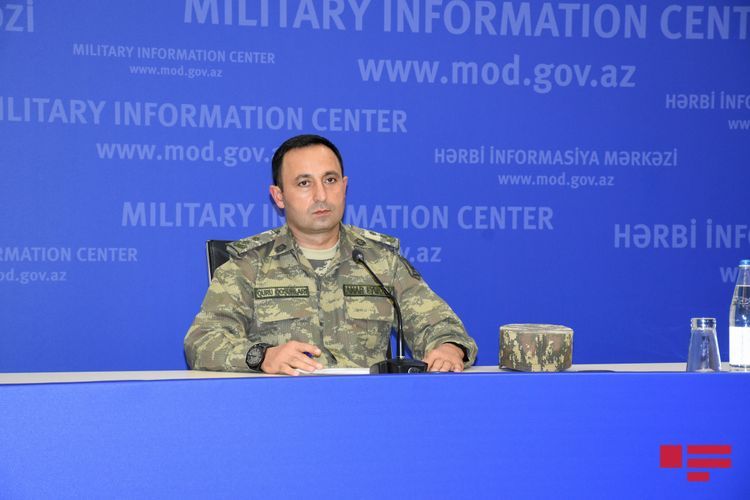 “During the past day enemy suffering many losses in the direction of Aghdara, can not compensate for losses, there is a problem in controlling the units,” said the head of the press service of Ministry of Defence Anar Eyvazov at the briefing held today, APA reports.

A. Eyvazov said that by the order of the Supreme Commander-in-Chief, Azerbaijani soldier breaks through fortifications built by the enemy for 30 years and approaches the target: “In the condition of counter-attack the task of our army is to liberate our occupied lands. There are not only enemy in front of our army but also there are foreign mercenaries. These fighters are mainly foreign fighters of Armenian origin. The enemy pushes forward these mercenaries and does not own their bodies. There is information that these groups operating discrete refuse to enter war. Foreign fighters should also realize that they have fallen into the enemy's trap and have to put down their weapons. Today Azerbaijani Army is winning the battle. The victory is together with us!”