Azerbaijani Prosecutor General: We will use all mechanisms to bring the Armenian political leadership to justice 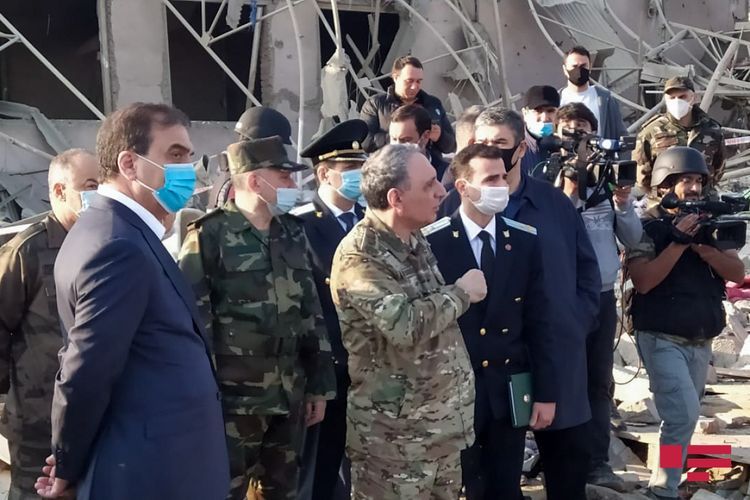 “The Armenian side only targets civilians. Shelling a rocket into a city that is 100 km away from the frontline is only a sign of weakness,” said Azerbaijani Prosecutor General Kamran Aliyev while visiting destroyed areas as a result of the next rocket attack to Ganja by the Armenian army, APA’s local bureau reports.

Prosecutor General noted that Armenians resort to such a method after every major defeat on the front: “They will be retaliated decisively.”

Kamran Aliyev said that the next criminal case has been launched regarding the rocket shelling: “Criminal case was launched, the evidences are being collected. The main purpose of gathering evidence is to bring the Armenian political leadership to justice in the international court in the future. We will use all domestic and international mechanisms to bring them to justice, both politically and legally.”