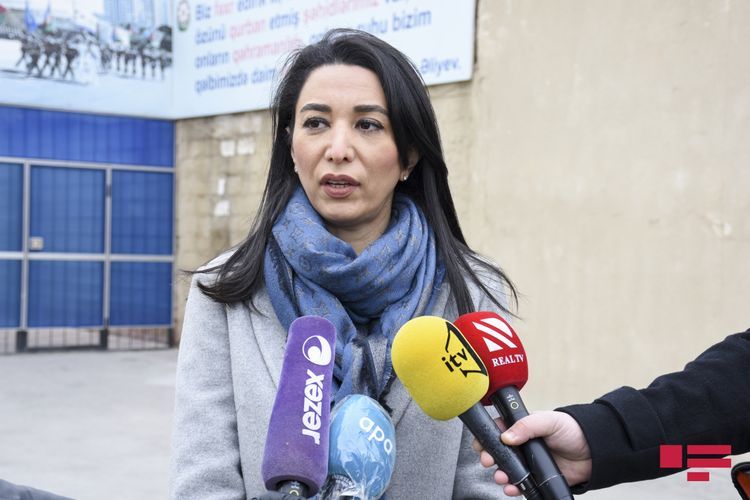 Sabina Aliyeva, Commissioner for Human Rights (Ombudsperson) of the Republic of Azerbaijan has issued a statement to protest against deaths, injuries among the civilian population, and the destructions of civilian objects as a result of regular shelling of Ganja city and other civilian settlements, located far beyond the conflict zone by heavy artillery and missiles, Ombudsman Apparatus of Azerbaijan told APA.

"The armed forces of Armenia, which has not given up its aggressive policy, war crimes and crimes against humanity, continue regularly shelling the civilian settlements with heavy artillery and missiles, deliberately targeting the civilians of Azerbaijan in blatant violation of the UN Charter, the norms and principles of international law and international humanitarian law, as well as the humanitarian ceasefire, proclaimed at 12:00 p.m. on October 10, 2020.

We deeply regret that on October 11, at around 2 am, the Armenian armed forces attacked the multi-apartment building in central part of Ganja, which is the densely populated second largest city of Azerbaijan, has a long history, numerous cultural facilities, and located 100 km far from the frontline. Consequently, 9 residents of the building, inhabited by children, women and elderly people, were killed, 34 civilians were injured. Many civilian infrastructures were severely damaged. There are still people under the ruins.

Key norms of the international humanitarian law and the Geneva Conventions prohibit targeting civilians and require distinguishing between combatants and civilians, military and civilian objects in military operations. However, the Armenian armed forces have severely damaged the densely populated Ganja city, and also Mingachevir city that is of strategic importance, and other settlements from heavy artillery and missiles. This regular shelling proves once again that Armenia ignores and displays full disrespect to the norms of the international law.

The occupant Armenia violates the 1949 Geneva Conventions, and its Additional Protocols, especially the Geneva Convention (IV) Relative to the Protection of Civilian Persons in Time of War of 12 August 1949, the 1954 Hague Convention for the Protection of Cultural Property in the Event of Armed Conflict, Convention on the Rights of the Child and other international human rights instruments, indiscriminately targeting the civilian objects. Therefore, the leading international organizations and the world community should condemn Armenia as it continues war crimes by flagrantly violating the abovementioned legal documents and should undertake strict measures against it.

We immediately call on international organizations and the world community to demand from the occupant Armenia that continues its war crimes, committed in gross violation of the norms and principles of the international law and accompanied by deliberate killing of civilian citizens of Azerbaijan in violation of the rights to life, health and to property of those targeted civilians, to put an end to those war crimes, as well as to take decisive steps to establish international legal responsibility," the statement reads.