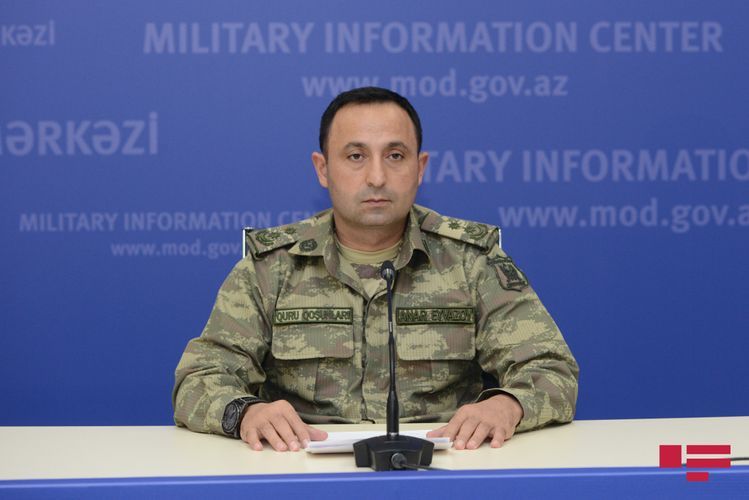 "Currently, operational condition is under full control of our units in the operational zone", said press secretary of press service of the Ministry of Defense of Azerbaijan, lieutenant-colonel Anar Eyvazov, APA reports.

A. Eyvazov said that determined position, demonstrated by the Supreme Commander-in-Chief caused great spirituality in military servicemen, especially soldiers of our Army: "Moral-psychological condition of our servicemen, material-technical provision of our Amy are at a very high level. Azerbaijani Army is ready to prevent any provocation of the enemy, fulfill combat task instructed by the Supreme Commander-in-Chief on time."