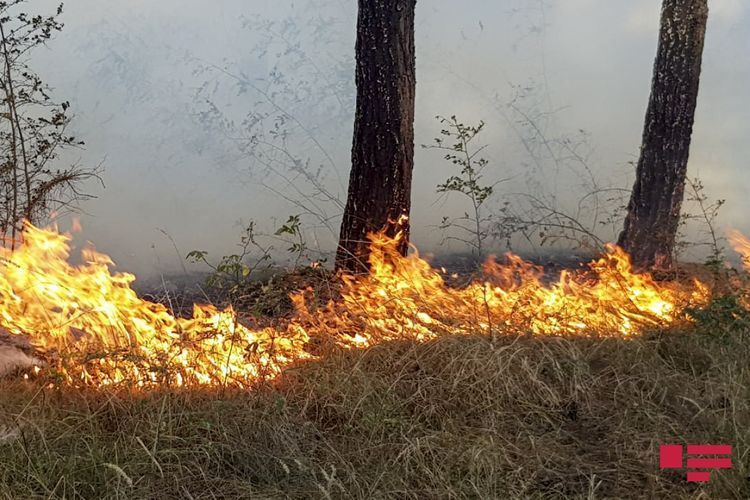 As a result, a fire broke out in the forest near Tazakand village of the district.

Firefighters of the State Fire Protection Service of the Ministry of Emergency Situations in Dashkesen district were involved in the site.

The fire has already been extinguished.

Because the site where a fire broke out was a mountainous area it was not possible to use engineering. The fire was extinguished only with the help of the living force.

The rest of the forest has been protected from the fire.

Note that it is several times that fires break out in the forest fields as a result of Armenian armed forces’ violating the ceasefire.