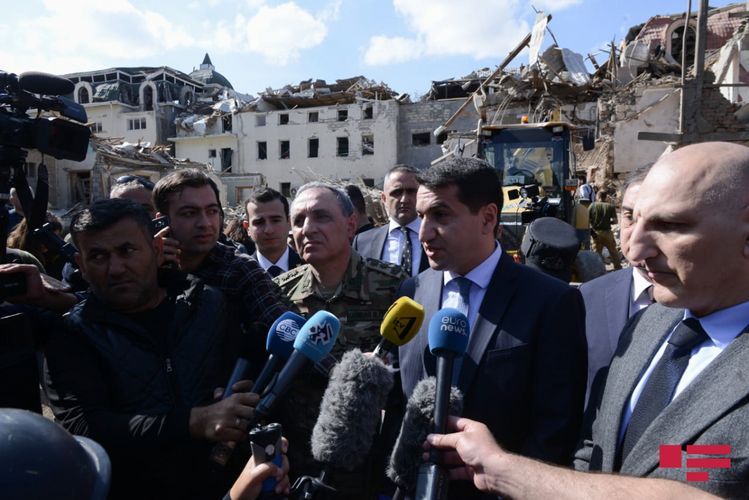 "What happened in Ganja is unequivocally purposely committed by Armenia," Assistant of the President of the Republic of Azerbaijan, Head of Foreign Policy Affairs Department of the Presidential Administration Hikmet Hajiyev said, APA reports.

He said that what happened shows the true face of Armenia: "This shows once again that the Armenian side, in general, can not be loyal to its obligations in any form. What happened once again shows that Armenia is not a serious party. We assess this as another act of genocide committed by Armenia against the Azerbaijani people. We are well aware of such acts of genocide by Armenians. They committed genocide against the Azerbaijani people in Khojaly in the early 1990s. But today they have a strong Azerbaijani state, a strong Azerbaijani Army. If they had, they would have committed such crimes on a larger scale. But today the brave Armed Forces of Azerbaijan are destroying all their firing points. As a result of their failures and helplessness in battle, they, as always, treacherously attack civilians. This is dishonor, humiliation. The Azerbaijani Armed Forces continue to give them a decent response. The international community should know that the responsibility for the events lies entirely with the political leadership of Armenia."