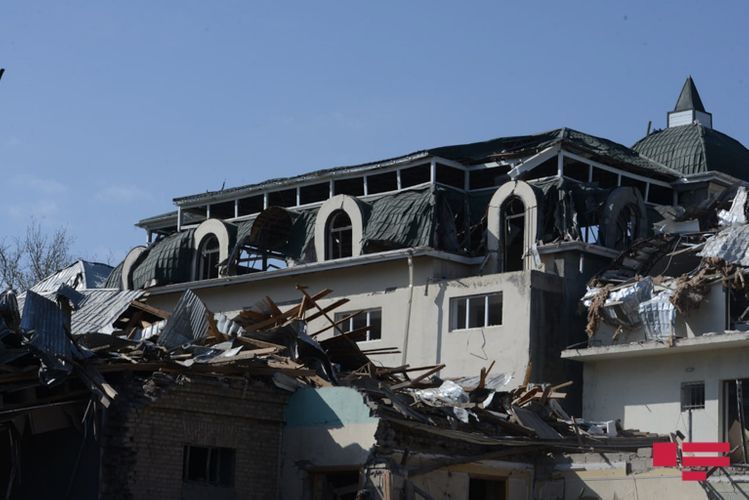 Many residential houses and civilian facilities completely destroyed in Ganja city, which came under rocket fire by the Armenian Army.

Note that on October 11, 2020, around 02 a.m a multi-apartment building in Ganja city, the second-largest city of Azerbaijan which is located far from the war zone, was subject to heavy shelling by the Armed Forces of the enemy. As a result, 7 people were killed, 34 were injured and numerous civil infrastructure facilities were significantly damaged.