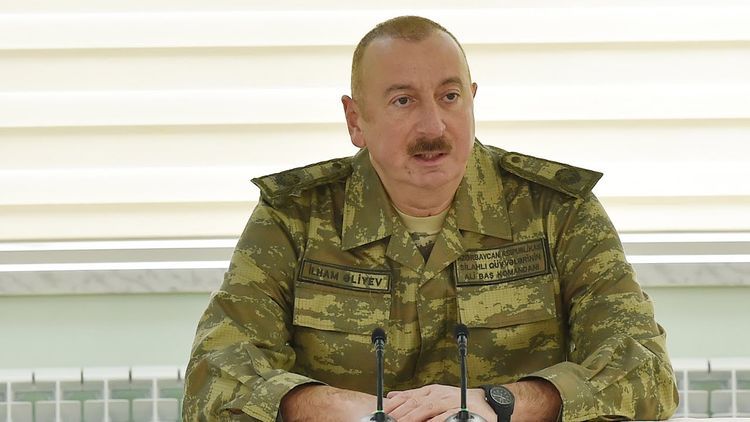 Commander-in-Chief of the Armed Forces of the Republic of Azerbaijan, President Ilham Aliyev congratulated Chief of the State Border Service (SBS), Colonel General Elchin Guliyev on raising the Azerbaijani flag over the Khudafarin bridge, liberating several residential settlements with the participation of the SBS, and instructed to convey his congratulations to all personnel, APA reports citing the Presidential press-service.

Colonel General Elchin Guliyev reported that the State Border Service personnel will continue to decently fulfill all the tasks set by the Commander-in-Chief.