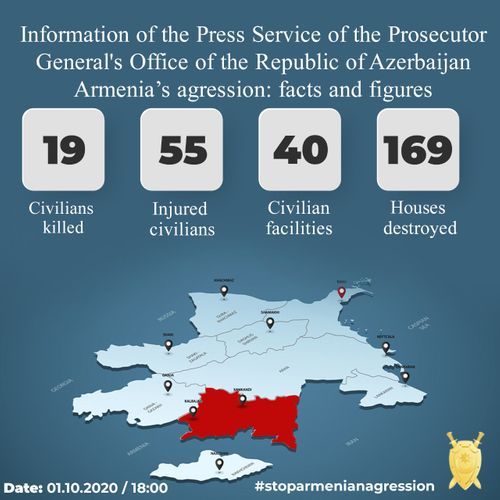 As a result of Armenian Armed Force’s shelling the territories where the Azerbaijani population densely populated, with heavy artillery, 55 civilians have been hospitalized with various injuries and 19 have been killed in total.

As a result of shelling of civilian infrastructure by the armed forces of the occupying country caused a lot of damage to 169 residential houses, as well as 40 civilian facilities, also transport vehicles belonging to civilians became unusable, numerous cattle killed.

Currently the employees of Prosecutor General's Office all  investigative operational measures which is possible in combat condition are being carried out.