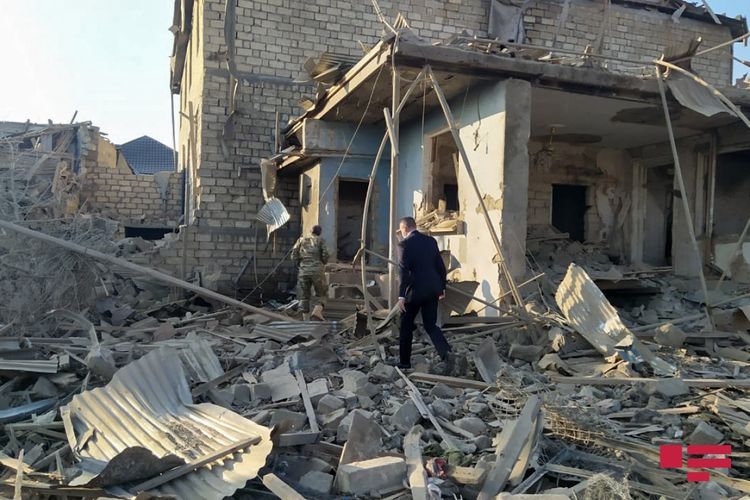 The representatives of diplomatic corps in Azerbaijan visited the area which fired by rockets by Armenia last night, APA’s local bureau reports.

The representatives of diplomatic corps in Azerbaijan have visited Ganja, APA reports.

The diplomats are accompanied by Assistant to President Hikmat Hajiyev.

"We are on the way to Ganja with diplomatic corps and military attaches,"  Assistant to the Azerbaijani President, Head of Foreign Policy Affairs Department of the Presidential Administration Hikmat Hajiyev made a post on his official Twitter account, APA reports.

Note that as a result of rocket fire on civilians in the central part of Ganja on October 17, 13 people died, more than 45 people were injured, and numerous civilian infrastructure and vehicles were seriously damaged.