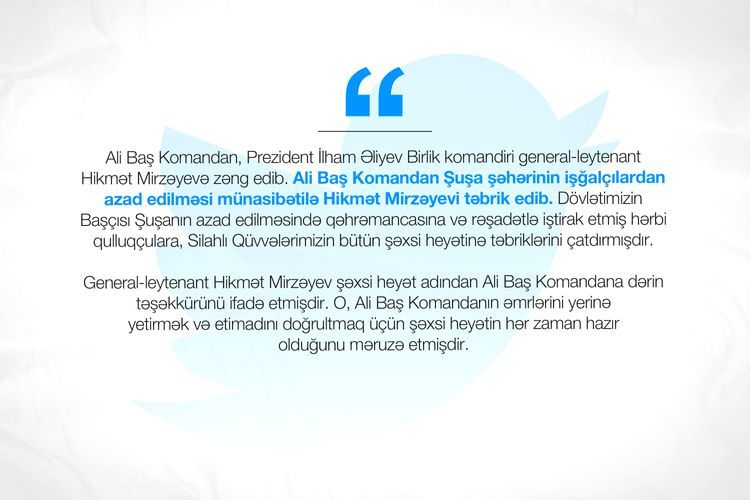 Victorious Commander-in-Chief, President of the Republic of Azerbaijan Ilham Aliyev has today made a phone call to Commander of the Joint Corps, Lieutenant General Hikmat Mirzayev, APA reports.

The Commander-in-Chief congratulated Hikmat Mirzayev on the liberation of the city of Shusha from the occupiers. The head of state extended his congratulations to the servicemen and all the military personnel of the Azerbaijani Armed Forces who heroically and valiantly participated in the liberation of Shusha.