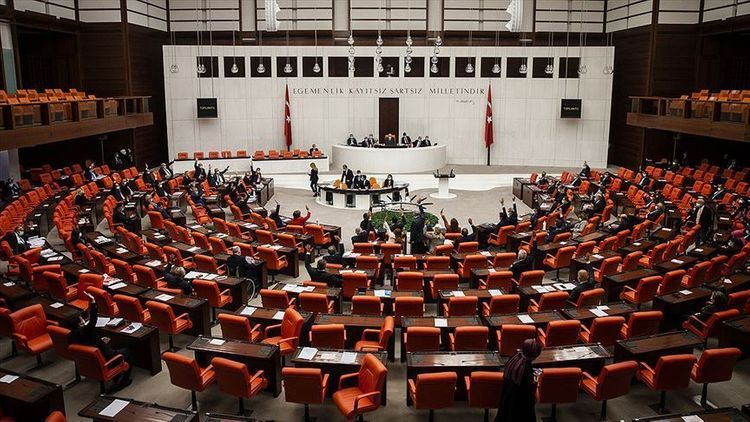 The text of the document which was submitted to the Grand National Assembly of Turkey and supporting the deployment of Turkish troops in Azerbaijan has been revealed, APA reports citing Huriyyat newspaper.

The document reads that “The combat of the friendly and fraternal country Azerbaijan for the liberation of its occupied territories has been going on for years. Azerbaijan using its right of self-defense launched a counter-offensive operation on September 27, 2020, in response to attacking military targets and civilians along the frontline in Nagorno-Karabakh by Armenia and as a result, gained a significant victory in the liberation of the occupied territories. Turkey has provided support to Azerbaijan from the beginning of the process to protect all its including its territorial integrity, within the framework of international law and sovereignty. As a result, Azerbaijan's progress in the counter-offensive operation has created new conditions on the polygon.

According to the agreement reached by Azerbaijan, Russia, and Armenia, at 00:00 on November 10, a ceasefire was declared in the region and a schedule envisaged the return of some regions under occupation to Azerbaijan.

According to the reached agreement, in order to conduct the monitoring of whether the ceasefire is observed or not, Joint Center will be established in Azerbaijani lands liberated from occupation. On the basis of the demand of Azerbaijan, the joint attendance of Russia and Turkey in the center has been decided.

The Joint Center to be established by Turkey together with Russia in the place determined by Azerbaijan and the service of Turkish Armed Forces personnel and civilians from Turkey in case of need, "Strategic Cooperation and Mutual Assistance between the Republic of Turkey and the Republic of Azerbaijan" signed on August 16, 2010. According to the agreement, it is in line with our country's obligations, as well as international law, which officially recognizes the territorial integrity of Azerbaijan, UN Security Council resolutions, and OSCE principles are in the interests of stability and well-being of the peoples of the region.

With these considerations, we are committed to fulfilling our obligations under the terms of the Strategic Partnership and Mutual Assistance Agreement between the Republic of Turkey and the Republic of Azerbaijan, effectively establishing and preventing ceasefire violations, and effectively protecting Turkey's high interests in order to achieve peace and stability. The composition of the staff, the length of service will be determined by the President, the deployment of the Turkish Armed Forces abroad, the use of these forces on the grounds determined by the President, the necessary measures to eliminate risks and threats and the regulations to be determined by the President. I would like to draw your attention to the fact that in accordance with Article 92 of the Constitution, it must be allowed within a year."