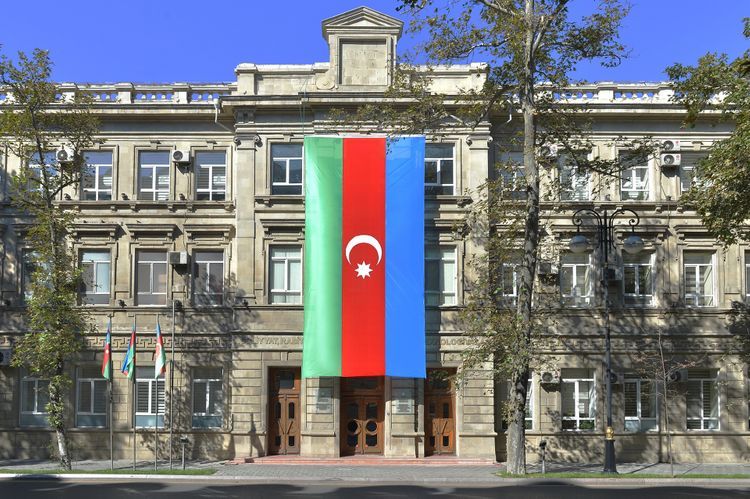 Azerbaijan’s Ministry of Transport, Communication and High Technologies has addressed to senior officials of Facebook Inc company a letter about the point that cause concern in the information war, the ministry told APA-Economics.

It is brought to the notice in the appeal that recently, the concerning trends are observed on Facebook and Instagram social networks.

It was stressed in the letter that the necessary counteroffensive measures were started on September 27 by the Armed Forces of the Republic of Azerbaijan in order to stop Armenia’s aggression and to ensure security of civilian population.

"We are liberating from occupation our internationally recognized territories occupied by Armenia in early 1990-ies whose population was exposed to ethnic cleansing. About one million Azerbaijani refugees and internally displaced people have been waiting for return to their homes for approximately 30 years", says the appeal.

Also, it was stated that on the backdrop of the events, the social network platforms have turned into battlegrounds for information war that delivers truths to the world and unmasks false news disseminated by the Armenian side.

It is stressed in the appeal that in order to make the Azerbaijani users to be silent the massive blocking of their profiles is observed.

It was specially stressed in the letter that we experience special concern about groundless blocking of profiles and pages of users from Azerbaijan under influence of some pro-Armenian employees in the company. Meanwhile, another point that causes concern is non-approval of profiles of the elected persons representing the population of Azerbaijan’s occupied territories exposed to ethnic cleansing. There check requirements are completely rejected without giving any explanation.

"Taking into account these observations, we hope that the company’s capabilities will not be used for silencing of the users’ voices and you will take all necessary steps in order to preserve the unbiased attitude held by you in regard to all of us. This will ensure a reliable virtual environment for free expression and truth", says the appeal.

Ministry of Transport, Communication and High Technologies required in its letter addressed to Facebook company the appointment of a relevant coordinator by the company for discussion of the mentioned issues.