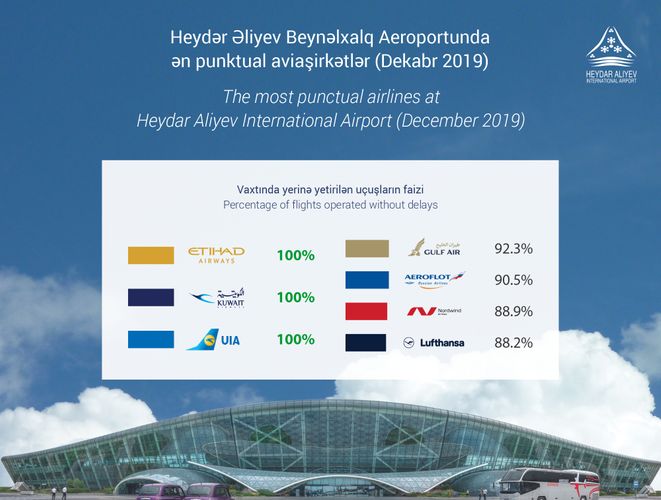 At least 90% of scheduled flights were performed on time by Aeroflot and Gulf Air. Nordwind (88,9%) and  Lufthansa (88,2%) also achieved high results.

Overall, in December 2019, 75% of the flights were carried out accordingly to the schedule or delayed by no more than 15 minutes.

It should be noted that in December 2019, Heydar Aliyev International Airport has served 37 passenger airlines, which operated flights to more than 60 different destinations.

Heydar Aliyev International Airport (IATA: GYD) is the largest airport in Azerbaijan and the region in terms of passenger and freight traffic, the airport terminal area and capacity of the cargo complex.