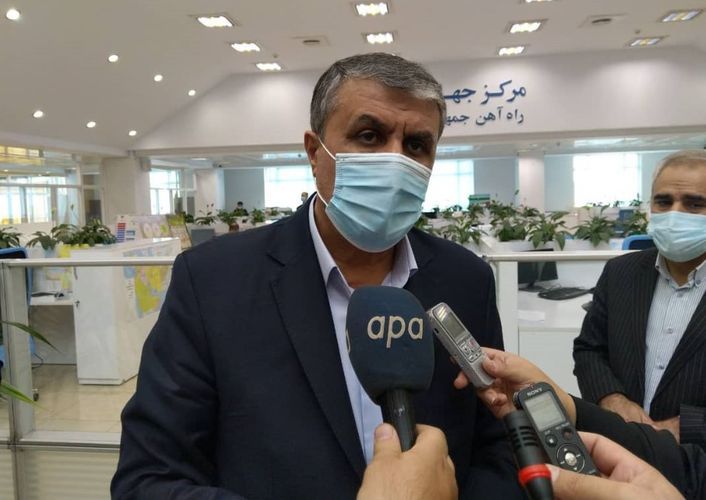 Iran tries to complete Rasht-Astara strategic railway project and to improve the North-South international transport corridor by mid-January of 2024, Iran’s minister of road and town planning Mohammad Eslami told APA in the framework of the meeting of the Eurasian Economic Association.

He said this project connects Iran’s railway network to Russia and other countries via Azerbaijan and this is a very significant project for Iran: "Azerbaijan is also interested in the implementation of this project and makes special efforts".

M. Eslami also noted that the territory in the region where the Rasht-Astara railway project is implemented has been bought from the population, as well as the state-owned territories have also been allocated for the construction of the railway.

Speaking about the development of Iran's railway network, Islami said that in order to develop the geopolitical position of the Islamic Republic of Iran, it is planned to improve infrastructure, join the CIS Railways Union and sign multilateral cooperation agreements with countries in the region.