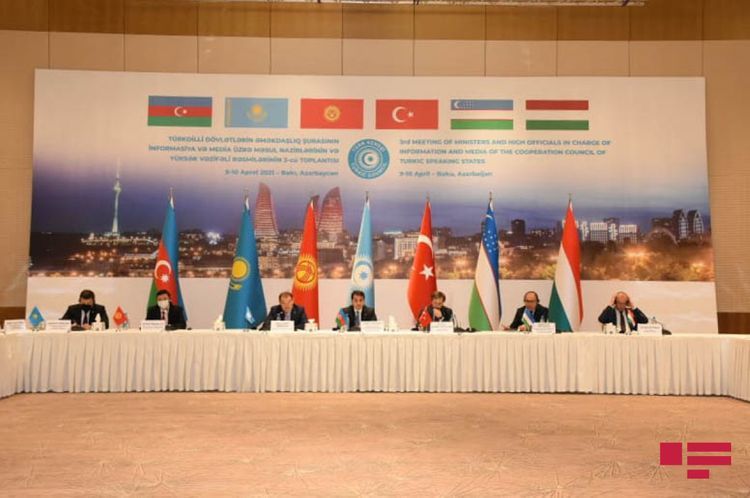 The third meeting of ministers and high-level officials of the Cooperation Council of Turkic-Speaking States (Turkic Council), who are responsible for information and media, in Baku has ended, APA reports.

Within the framework of the meeting, issues such as strengthening joint activity in the direction of informing at local and international level on event, occurred in Turkic-speaking countries, Action plan covering 2021-2022 in information and media field, shooting documented and feature films on histories and cultures of Turkic-speaking countries, realization of training courses and exchange programs for media experts have been discussed.

The third meeting of ministers and high-level officials of the Cooperation Council of Turkic-Speaking States (Turkic Council), who are responsible for information and media, is held in Baku today, APA reports.