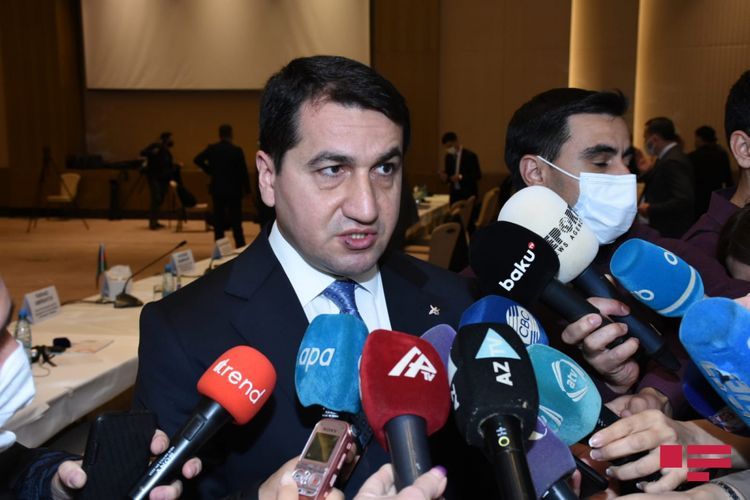 "Conduction of joint activity in the field of social media is essential," Assistant to the President of the Republic of Azerbaijan, Head of the Department of Foreign Policy Affairs of the Presidential Administration Hikmat Hajiyev told journalists, APA reports.

H. Hajiyev noted that there is an experience of establishment of social media relations, as well as raising issues in front of companies, presenting social platforms, in a legal platform in Turkey: "There tendencies such as the non-existence of information on identities of users of accounts on social media and platforms, conducting it, promotion of terrorism, violence, and other negative cases via social media in Azerbaijan too. Necessary opportunities are not provided by Facebook, Twitter, and other social platforms, when an issue of preventing it comes onto the agenda. Decisions in this regard have been adopted in Germany too and they raise these issues in front of social media platforms in the case of violence or non-accordance with German laws. That is why, not only Azerbaijan, but also other brother countries have concerns about this issue. There are some issues on social media, which can effect the social-moral condition of our society and people. Especially, some Armenian provocateur circles using social media target delivery of negative opinions to society. A broad exchange of views has been conducted on initial shades of cooperation in this issue."