Vusala Mahirgizi: “An appeal has been addressed to law enforcement bodies in regard to persons abusing the title of APA news agency” 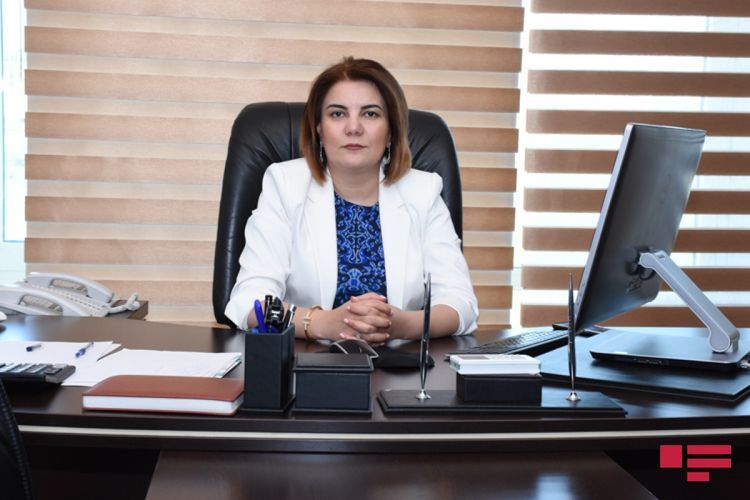 “Time and again, we encounter the cases of abuse of the title of “APA” news brand. It It is very much regrettable that once again another businessman has managed to get registered in .az domain a website entitled as “apaxeber”. He moved on further and also added to the website logo the title of Azeri-Press Agency LLC which had been registered under my foundation by Ministry of Justice of Azerbaijan Republic”, said Vusala Mahirgizi, Director General of “APA Group” media company, APA reports.

V. Mahirgizi stated that during the investigation it was revealed that this offence was committed by Vugar Vagif Gasymov residing at the address of 21, N. Narimanov street, Beylagan city: “We have already appealed in this regard to Interior Affairs Minister, colonel general Vilayat Eyvazov and Head of State Security Service Mr. Ali Nagiyev. WE think that such amateur activity should be immediately prevented and the occurrence of such precedents should not be allowed. At the same time, we ask the persons who have witnessed and suffered from the cases of abuse of APA title to provide relevant information to law enforcement bodies and to us”.

V. Mahirgizi stated that at the same time, an appeal has been addressed to Minister of Transport, Communications and High Technologies of Azerbaijan Mr. Ramin Guluzade: “I am thankful that our appeal has been quickly responded by both the ministry and online.az website and the relevant investigation has been immediately started. At the same time I think that the Electronic Security Service should improve the system so that to solve this issue once and for all and fundamentally. It is very much regrettable that we encountered the same problem several years ago. At that time we appealed by letter to the online.az company which was engaged in the sales activitie4s for the .az domain area. We stated in our letter that “APA” trademark was patented in Azerbaijan by certificate # 20141048 dated 27.06.2014 and issued by State Committee for Standardization, Metrology and Patents of Azerbaijan Republic. In other words, no other individual or entity can use this title. It is very much regrettable that the same case occurs once again”.

V. Mahirgizi said that online.az should improve its system and should function within the unified registry together with Intellectual Property Agency so that the brands wouldn’t encounter such cases: “Should we prove in the court every time that APA trademark belongs to us? We have once received form the country’s state agency engaged in issue of patents and have submitted to all state authorities a necessary certificate. The installation of a filter that would prevent registration of other individual or entity under the same title in the “online.az” system shouldn’t be such a difficult task. We hope that urgent measures will be taken for prevention of abuse of famous brand names in the .az domain in the future”.

V. Mahirgizi also stated that she would address to court in regard to this issue.

The director of the company reiterated that the only internet address of the Azeri-Press Agency (APA) was www.apa.az: “We appeal once again to all news sources. We ask them to require the company’s identification card from all correspondents, photo-correspondents and cameramen appealing to them on behalf of APA agency and to contact the agency if they encounter any suspicious case”.